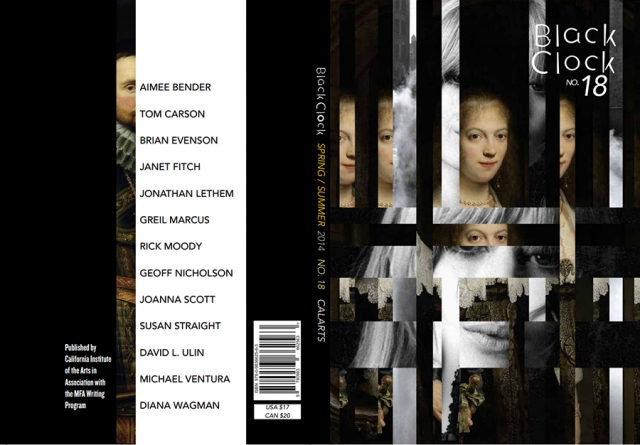 This Sunday (April 6), the literary magazine Black Clock launches its 18th issue with a reading at Mandrake Bar in Los Angeles. The issue, subtitled The Director’s Cut, offers readers the literary version of the traditionally cinematic term. “Most authors have buried in their cyber-catacombs the book that got away, or the version of the published magnum opus stained with the blood of those darlings every writer learns must be killed,” according to the website. “Black Clock 18 either represents the resurrection or provides the final resting place of editorial decisions regretted, rued and reconciled.”

Black Clock is a biannual literary magazine published in association with the Creative Writing Program at CalArts.