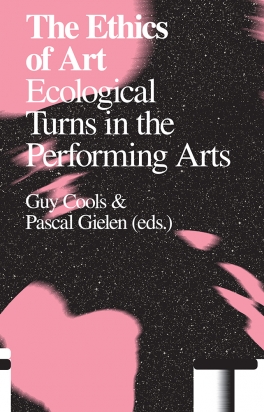 At 3 pm, Gielen and Wookey will lead a workshop based on the newly released The Ethics of Art: Ecological Turns in the Performing Arts, an anthology of essays that explore the phenomenon of growing ethical consciousness in art. Gielen is a co-editor of the anthology; Wookey, Gielen and director of the Aesthetics & Politics MA Program Arne de Boever are among the contributors.

At 8 pm, Gielen will deliver a lecture titled “Creativity and Other Fundamentalisms,” based on his eponymous book, as well as The Ethics of Art. Viegener will deliver a response.

Those interested in attending the lecture and the workshop are encouraged to check out these selected readings.

'Creativity and Other Fundamentalisms'