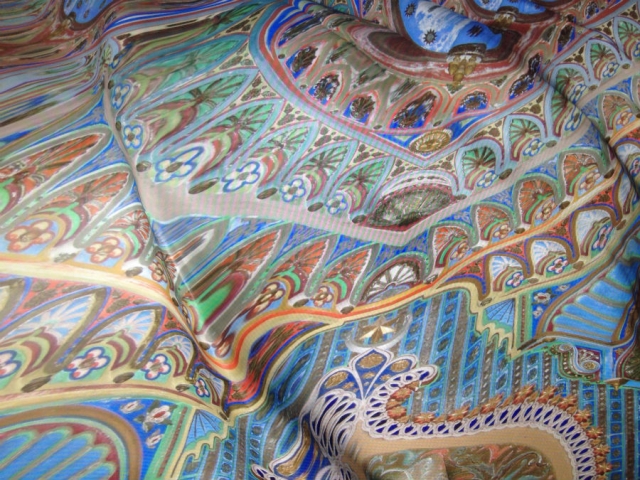 When the British new wave band Tears for Fears (TFF) hit the international music scene in the 1980s, Lionel Williams, a BFA 4 student in the School of Art, wasn’t even born.

But in December, the band’s manager—a childhood friend of Williams—reached out and asked if he could create a video for the band’s latest single, “My Girls,” (a cover of the experimental band Animal Collective).

He had a week to create the art and animation for the video. “It was really tough because it was the last week of the semester,” said Williams, who worked with the band via email. “But they didn’t ask for anything to be changed.”

Williams, a fan of TFF before the project, is hoping to meet the band one day in person. That day could come soon since Tears for Fears is working on a new album (and probably a tour).

In the meantime, Williams is finishing his last semester with his own show on view this week in the Stevenson Blanche gallery at CalArts.

His exhibition, The Tears of an Inanimate Object, includes projections and small 3D-printed sculptures. The artist reception is schedule for Thursday (April 24) from 9-11 pm.

Lionel Williams’ exhibition, ‘The Tears of an Inanimate Object’ is on view this week in Stevenson Blanche gallery at CalArts.