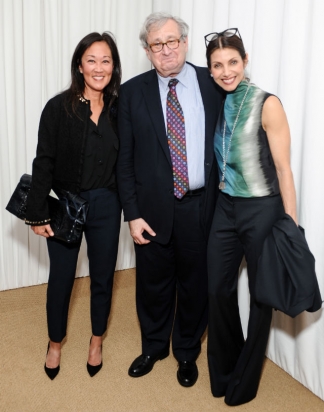 Malissa Feruzzi Shriver, a CalArts trustee and former chair of the California Arts Council, was recently named the 2014 recipient of the Arts Education Award, presented by Americans for the Arts, one of the nation’s largest nonprofits for arts advancement. The award is one of several Annual Local Arts Leadership Awards, which are presented to “recognize the achievements of individuals, organizations or programs committed to enriching their communities through the arts.”

Shriver is a well-known arts and arts education advocate in California and nationally. Her national accomplishments include serving as the 1st Vice President of the board for the National Assembly of State Arts Agencies (NASAA) and Chair of the NASAA Arts Learning Advisory Committee. In California, she was appointed by California State Superintendent of Public Instruction Tom Torlakson to co-chair a task force on creative education after chairing the California team for the National Endowment for the Arts’ Education Leaders Institute.

A tireless force in including arts education in public schools, Shriver co-founded CREATE CA (Core Reforms Engaging Arts to Educate in California), a statewide initiative to address the issue. She also serves as the executive director of Turnaround Arts California, which works toward reforming low-performing schools with an integrated and comprehensive arts education.

This year’s other recipients of the Annual Local Arts Leadership Awards are:

The 2014 awardees will be honored on June 13 during the opening plenary session at the Americans for the Arts 2014 Annual Convention.