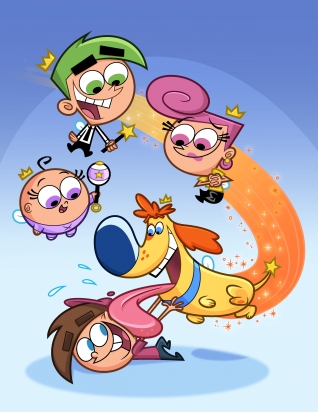 On May 1, The National Academy of Television Arts & Sciences announced the nominees for the 41st Annual Daytime Emmy Awards—the awards that recognize achievement in all fields of daytime television production, from daytime dramas to talk shows and animation. Among the list of nominees is CalArts alumnus Butch Hartman (Film/Video CERT 86), creator and executive producer of Nickelodeon’s The Fairly OddParents, which was nominated for Outstanding Children’s Animated Program.

The series, which is the third-longest-running Nicktoon behind SpongeBob SquarePants, created by fellow CalArtian Stephen Hillenburg (Film/Video MFA 92),  and Rugrats, revolves around Timmy Turner, a boy who is granted two fairy godparents named Cosmo and Wanda. Above is a clip from Finding Emo, Season 9’s 13th episode.

Hartman gave a presentation to students in the Experimental and Character Animation programs in late April at CalArts.

The Daytime Emmy Awards will be held on June 22 at the Beverly Hilton Hotel in Beverly Hills.