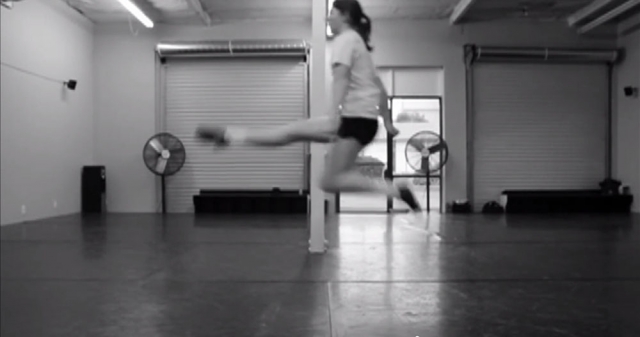 Still from Kristen Carey’s ‘Inside My Mind.’

On May 16, winners of the inaugural CalArts@ Dance Camera West Emerging Artists Competition were announced. The dance media competition, open in two categories to high school and college students, seeks to recognize and support talented young dancers and filmmakers. The winning college entry receives a substantial cash prize while the winning high school entry is eligible for a scholarship to CalArts. Both films will be screened at the 13th Annual Dance Camera West Dance Media Festival in Los Angeles on June 6-8 and 13.

The first place winner for the college category is Nobel Lakaev from The Juilliard School of Dance, for his entry Behind Closed Doors, a nuanced portrayal of an intimate relationship. Palo Alto High School’s Kristen Carey is the high school category winner. Her film Inside My Mind is a personal reflection that reveals the determination, passion and drive embodied in Irish dance.

Two other awards were given in the college category. Daniel Diller of Ohio State University earned the first runner up spot with Up. Side. Down, a reimagining of skateboarding movements on the human body, while Elon University’s Amber Schmiesing was awarded 2nd runner up for her film Concert in D Minor, inspired by the life of Wolfgang Amadeus Mozart.

Dance Camera West is a nonprofit organization that seeks to unite Los Angeles’ influential filmmaking community with its local dance populace. It takes advantage of dance’s nonverbal form to bridge socio-economic divide and unite people of different cultures and ethnicities in an appreciation of dance media.