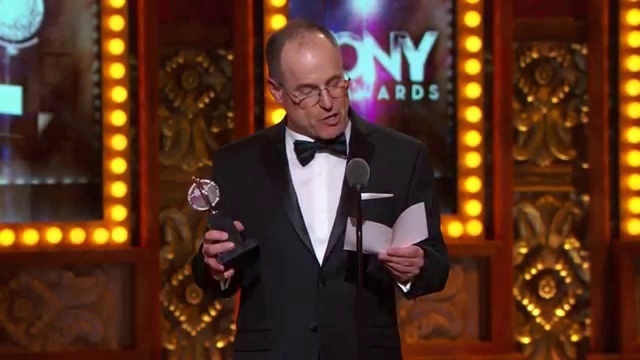 Barreca, head of Scene Design at CalArts School of Theater, was honored with his first Tony for Best Scenic Design of a Musical for Rocky. In his acceptance speech, posted above, he acknowledged his assistants from CalArts, noting, “You get half my royalties.”

Alumnus Adams (Theater MFA 86) won the Tony for Best Lighting Design of a Musical for Hedwig and the Angry Inch. Like Barreca, Adams had also won an Outer Critics Circle Award for Outstanding Lighting Design (Play or Musical) for Hedwig in May.

Here’s Adams’s Tony acceptance speech for Hedwig and the Angry Inch, which took home four awards on Sunday, including Best Revival of a Musical.