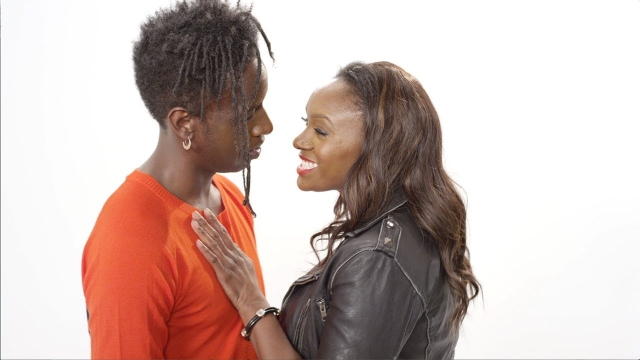 Holler If Ya Hear Me, a new musical based on the music of the late, influential rapper Tupac Shakur, opened at the Palace Theatre in New York City on June 19. Billed as “a love story and a vivid picture of life in the streets”; it features the work of two CalArts alumni: assistant costume designer Alice Tavener (Theater MFA 11) and assistant lighting designer Brandon Sterling Baker (Theater BFA 10).

Directed by Tony winner Kenny Leon (A Raisin in the Sun), written by Todd Kreidler, and starring legendary poet Saul Williams, the show’s story of tragedy and triumph is backed by Tupac favorites, including Hail Mary, I Ain’t Mad At Cha, Changes and Me Against The World. Shakur died in 1996 after a gang-related shooting in Las Vegas.

In a June 23 LA Times review, Steven Zeitchik discusses how the musical takes a surprisingly direct look at issues such as gun violence and racism:

At a moment when most Broadway musicals offer little more than harmless entertainment, Holler is an artistic and commercial gamble. Among its lyrics: “Cops give a damn about a Negro? Pull the trigger, kill a … he’s a hero. Give the crack to the kids who the hell cares? One less hungry mouth on the welfare. … Give ’em guns, step back, and watch ’em kill each other.” The Lion King it isn’t.

The project marks Tavener’s and Baker’s second Broadway credit together in 2014; both designers worked on Rocky: The Musical—the show that earned Chris Barreca, head of Scene Design at CalArts, his first Tony Award on June 8.

Below are preview tracks from Holler:

'Holler If Ya Hear Me'