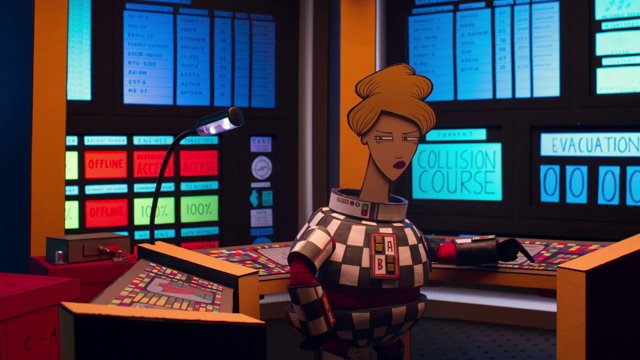 Retrograde, a stop-motion film by alum George Metaxas (Film/Video MFA 12), is this week’s selection on shortoftheweek.com—a site dedicated to “serving up epic bite-sized films” from around the world.

Completed in 2013, the 11-minute sci-fi opus tells the story of the last two inhabitants aboard a space station—a human called Jemima and an alien tourist named London—who have to decide whether to save themselves or the nearby outpost of Uranus City from an asteroid strike.

With a colourful style inspired as much by retro science fiction films, as it is art deco and modernist design, animator Metaxas has created a style very different to the minimalist, clinical look we see in the majority of modern films in this genre.

Metaxas’ first-year CalArts short, Hole In The World, was featured in the 2012 Experimental Animation Showcase at REDCAT. Watch it below: