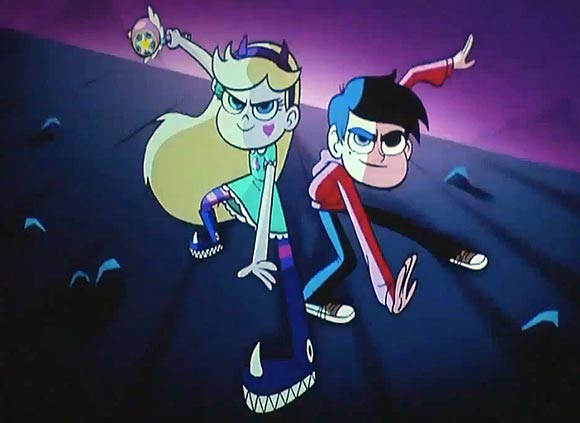 ‘Star Vs. The Forces of Evil’ premieres in 2015 on Disney Channel and Disney XD.

Last year, Disney Channel ordered a full series run for the animated show Star vs. The Forces of Evil. Slated to premiere on the Disney Channel and Disney XD in 2015, the show is helmed by CalArts alumna Daron Nefcy (Film/Video BFA 09), who becomes only the second female series creator at Disney Television Animation since Sue Rose’s 1997 series Pepper Ann.

The animated comedy focuses on the adventures of a teen princess with magical powers from another dimension. From a Disney Channel press release:

Star vs. The Forces of Evil tells the stories of other-worldly teen princess Star Butterfly, who must settle in to her new Earthly home with the Diaz family. Soon she takes their teenage son, Marco, on adventures to help her battle evil villains, whether throughout the universe or in their high school, all in an effort to protect her powerful magic wand… which Star is still figuring out how to use.

As Cartoon Brew pointed out, Disney teased the series at the San Diego Comic-Con last month, as seen in the video below:

Read more about the scarcity of women show creators in the animation industry on Cartoon Brew.