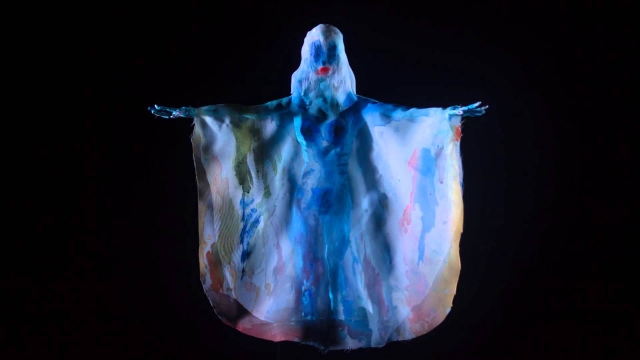 On Aug. 13, the entertainment news site The Wrap announced the 12 finalists for its third annual ShortList Film Festival. One of the selected films is CalArts alumna Allison Schulnik’s (Film/Video BFA 00) Eager (2014), which screened at this year’s Stuttgart and Annecy animation film festivals, and also earned a Special Jury Recognition Award for Animation at SXSW.

The film had its premiere at the ZieherSmith Gallery in New York in January. It’s a traditional, stop-motion and claymation work in which “a rhythmic ritual is performed by a bizarre ensemble of macabre figures.”

The ShortList Festival films are available for viewing and voting at shortlistfilmfestival.com through Aug. 27. The finalists will also be broadcast on the the EPIX network Aug. 24 at 6 pm ET/3 pm PT and again in EPIX’s Drive-In (SD) channel on Aug. 25 at midnight ET/Aug. 24 9 pm PT.

Two $5,000 awards—The Audience Prize and the Industry Prize—will be handed out during a ceremony on Aug. 28 at the YouTube space in Los Angeles. The Industry winner, chosen by a jury of independent film experts,  also earns a meeting with executives at Paramount Pictures, MGM or Lionsgate to pitch their next project. The Audience Prize winner, determined by the popular vote, will be able to use the YouTube Space and production facilities for their next project.