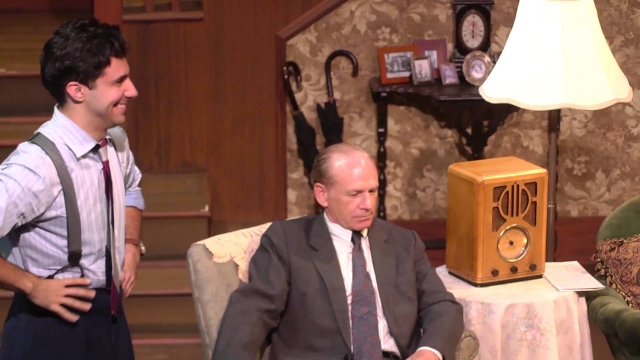 Alexander starred in the original 1986 production of Broadway Bound, and was recently inspired to re-explore it from the director’s perspective with the help of the Odyssey Theatre. The play was a finalist for the 1987 Pulitzer Prize for Drama and a recipient of several Tony and Drama Desk Award nominations.

The play’s synopsis from the Odyssey Theatre:

Returning from World War II, Eugene teams up with his brother Stanley to break into the world of comedy writing, but a family crisis threatens to destroy their dreams. All the traditional Simon comic genius coupled with his deeply personal recollections of youth.

Below, Alexander discussed directing the production on KTLA: