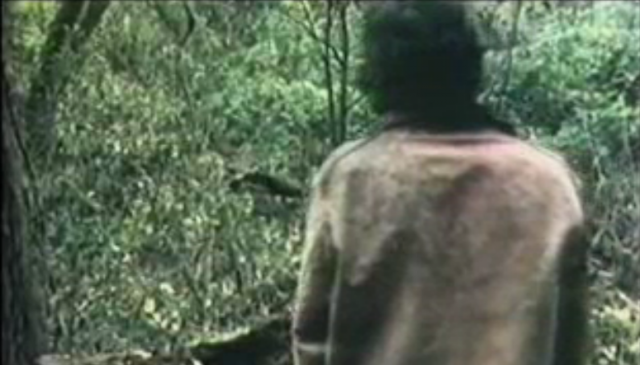 The 24700 blog team had a chance to interview the new School of Film/Video Dean Leighton Pierce shortly after his arrival this summer from Pratt Institute in New York. Pierce takes the reins from Steve Anker, who served as dean for the past decade and now remains on faculty at CalArts. We asked Pierce five questions about his academic background, art practices (as a musician and filmmaker), his influences and his thoughts on the road ahead at CalArts.

24700: Talk about your film school experiences at Pratt and the University of Iowa; specifically, any success stories or challenges and how you addressed them? 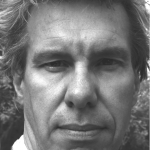 Leighton Pierce: When I started at the University of Iowa as an Assistant Professor, the department offered a BA, an MA in Film Studies (with an emphasis on production for those who were more weighted toward filmmaking), and a PhD in Film Studies. I immediately began the proposal process to develop an MFA in Film and Video Production. That became a very successful yet small MFA program. It included a robust distribution of scholarly classes in addition to a variety of production offerings. We designed it as a “holistic filmmaking” program. We admitted, trained and guided students who were interested in all modes of film/video making including documentary, experimental, animation and narrative. We also were the “production arm” of the PhD program—providing PhD candidates with access to our classes. This balance of all production modes with deep scholarly immersion made the program unique and highly successful. Graduates from that program are leading filmmaking programs in universities across the country.

In my first year as Chair of Film/Video at Pratt (2011), I lead the department through a total redesign of the curriculum, creating a robust core of required classes surrounded by a rich blend of electives. We saw marked improvement in the student films in the second and third year of implementation. I also guided the reconfiguration of the technical resources and was the lead “client” in designing a new building for the department (to be open January 2015). In 2012, I was appointed Acting Dean of the entire 15-department, 3,500-student School of Art and Design, a position I held until coming to CalArts.

24700: There‘s diversity of experimental and traditional filmmaking found in CalArts‘s programs; any thoughts of how you‘d either change/enhance the relationships between programs, long- or short-term?

LP: It is too soon to say for sure, but my bias would be to seek out the benefits that might befall to students from taking cross-program offerings. It is important to get a balance between focused depth of a particular mode of filmmaking with breadth of experience in different programs. I am convinced that it is the mix of students of different backgrounds that creates the best classes. Specifically, since the study and experimentation with sound/image relationships has been core to my own experience, and since sound is applicable to all modes of filmmaking, I look forward to working with faculty here to examine and perhaps redesign the sound curriculum as a common ground for all.

24700: You have a diverse career in filmmaking and in other art practices. Who are filmmakers/artists that have most inspired or influenced your work?

Rather than inspiration, I would rather talk about revelatory “teaching moments” where my mind’s been transformed by experiences with film, music, poetry or other art practices. Music was my first serious pursuit—as a guitarist initially and later as an electronic music composer. I was exposed to free jazz (Coltrane, Braxton, Haden) in high school, and then in art school to musique concrète composers such as Varese, Stockhausen and the so-called minimalists: Terry Riley, Steve Reich etc. When I heard Reich’s “Come Out” I was changed forever and have maintained that influence as a structural approach even to my editing techniques in film/video. Or [just]listen to Steve Reich’s “Come Out.” For example, see my pieces, “He Likes to Chop Down Trees” and “Back Steps.”

My significant experiences in film have come from a range of sources from Michael Snow, to James Benning, to Sergio Leone. While my work falls into the experimental category, and I owe much to those in that practice, I have been equally moved by narrative filmmakers such as Claire Denis, Lucretia Martel and Philip Grandieux.

From an outsider looking in, what was your first take on CalArts?

I’ve always known about CalArts and admired the film school, mainly through seeing work in festivals. Most frequently, due to the kind of festivals I attend, I saw work from the Program in Film and Video and Experimental Animation. I also had several terrific students from Iowa attend CalArts as graduate students. So I have had a positive feeling toward CalArts for years.

However, I came out to do a sound-image workshop at CalArts in April 2013, and that one-week experience was key to me even applying for the dean position. The students were incredible in this workshop. They would take any concept and run with it. I felt really nourished by the experience. I’ve had many excellent students in my years of teaching, but never quite in the concentration that I saw at CalArts. It was my experience with the students that caused me to consider applying.

What‘s one piece of advice you‘d give to a student who‘s thinking about filmmaking as a career and/or art practice?

I would say that the reason to go to film school is to have a chance to learn what it means to really make a film, but also that this is your chance to make your own work. Most students, when they leave and get jobs, are going to make other people’s work. So, it’s an opportunity to test how much you want to be an artist. Or find out that you do not want to be an artist and would rather run camera for someone else. There’s nothing wrong with that, but you can find that out in film school. Experience in a Film/Video school sometimes leads students to film careers. Sometimes, that rich experience is just as relevant to many other careers. For example, an excellent student from Iowa decided to go to graduate school in philosophy. I was pleased that his experience in the film program helped him find that path. We’re training filmmakers—that’s a given—but we’re also helping a person become a more experienced, full person.