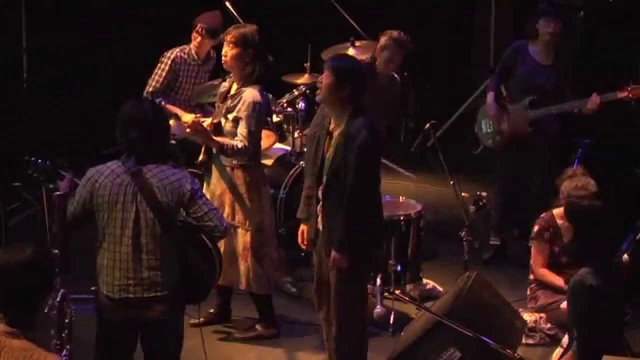 The groups incorporate rock, folk and other pop genres into their work, embracing rough and “naïvist” sounds, improvisation and John Cage-style experimentalism. The musicians adopt Cage’s ideas on the role of silence in shaping and subverting musical events, allowing the performers to choose when to play the sparse music between long silences.

À qui avec Gabriel (a.k.a. Aki Tamura) performs a set of solo accordian music described as “deconstructed romanticism.” Listen to a sample of her work below:

Organized by Brooklyn’s ISSUE Project Room, the tour commences at CalArts and branches out to three other cities this month:

Read more about the performers on the event page. The outdoor concert with open lawn seating in the S. Mark Taper Foundation Courtyard is free. Reserve tickets for the event here.

The next concert in The Wild Beast Concert Series falls on Oct. 18 and pays tribute to the late faculty and legendary percussionist, John Bergamo (1940–2013). Read more.

In the video above, Maher Shalal Hash Baz performs in Toyko in 2013.