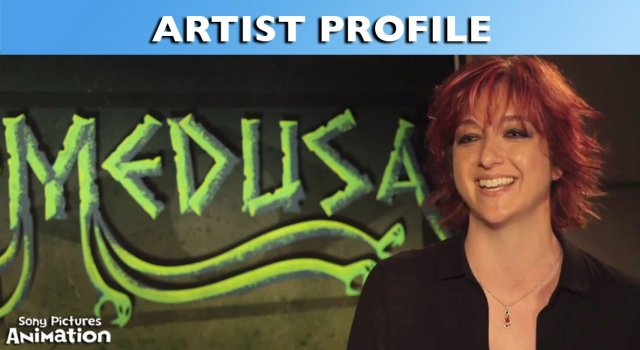 In June, Sony Pictures Animation announced that it was developing an animated comedy feature film, Medusa, based on the Greek mythological monster. The project will be directed by Emmy-winning CalArts alumna Lauren Faust (Film/Video 95)—her directorial feature debut.

On Wednesday (Sept. 10), Sony released a video featurette introducing Faust, who executive produces the TV series My Little Pony: Friendship is Magic. In the video, she discusses her love of animation, her journey through CalArts and making animation for girls.

“Arriving at CalArts was an extremely exciting period,” she says. “When you get to school and everybody else is into [weird stuff]… you feel like you’ve found your tribe.”

Faust eventually became a storyboard artist on the animated series, Powerpuff Girls, where she worked with creator and future partner Craig McCracken (Film/Video 92).

She also discusses her struggle with a few studio executives who did not want to make shows targeted to girls: “They were attributing the poor performance of the shows to the gender of the target audience rather than the quality of the show.”

Faust is ready to jump into her new role on Medusa, helping to create strong characters that inspire girls. A synopsis of the film from Faust:

In our story, we meet Medusa as a young human, who, like so many of us, is overwhelmed with trying to fit a certain mold to please others. Her resulting popularity ticks off the wrong Goddess who turns her into the snake-haired monster we all know and fear. Medusa sets out on a quest to reverse this curse with the help of a goofy team of oddball and misfit mythological creatures who help her learn that what makes you different is, in fact, what makes you strong.

No release date has been set for the film. The screenplay was written by Todd Alcott (Antz) and Holly Golden (Conspiracy Theory with Jesse Ventura).

In 2009, Faust won a Primetime Emmy for Outstanding Animated Program (For Programming One Hour or More) for her work on Foster’s Home for Imaginary Friends: Destination Imagination.