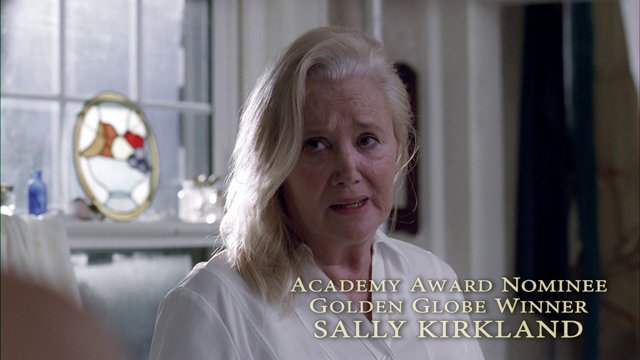 Written and directed by award-winning filmmaker and CalArts alumna Sharon Greytak (Art MFA 82), the film follows Margaret (Kirkland), a retired newspaper columnist trying to maintain her freedom while keeping a 30-year-old secret buried, despite the onset of dementia.

Syndicated columnist Liz Smith writes, “Kirkland’s role is a performer’s dream. Every emotion is on display—rage, helplessness, violence, aching, aging sexual fire and fear—of her future and her past. This is scenery chewing material at its finest.”

Greytak, who was named one of “10 Filmmakers to Watch in 2014” by The Independent, talked about the film in a recent interview with the magazine. “In the film,” she says, “I play with reality and fiction, creating the sensation of a mind at work with dementia, the struggle to assemble the pieces, and the mother’s desperate drive for self-preservation.”

Above is the trailer for Archaeology of a Woman, which runs through Sept. 18.

Archaeology of a Woman