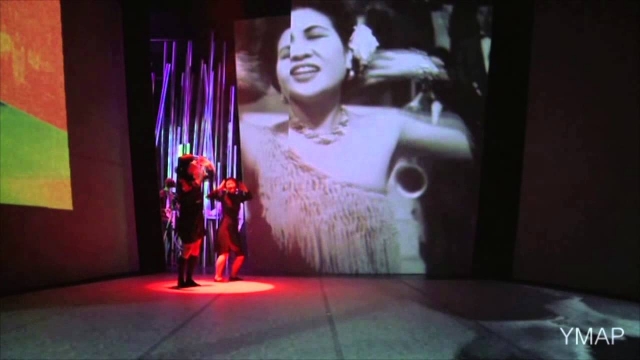 Co-directed by Hyung Su Kim and choreographer Hyo Jin Kim, the show takes its name and inspiration from the 1956 classic Korean melodrama Jayu Buin (Madame Freedom). In the film, a housewife steps out into a rapidly modernizing Seoul and discovers the pleasures of cafes, the dancehall and an extramarital affair. In the theater performance, two dancers move while excerpts from the film and other images are projected onto towering screens around the dancers.

The result is a performance that explores female identity, myth and the uneasy legacy of female empowerment in 1950s South Korea. The Times of London calls it “intriguing and visually seductive.”

Madame Freedom runs for four performances through Sunday (Oct. 5). Above is a trailer from the performance’s world premiere at the 2013 Edinburgh International Festival.