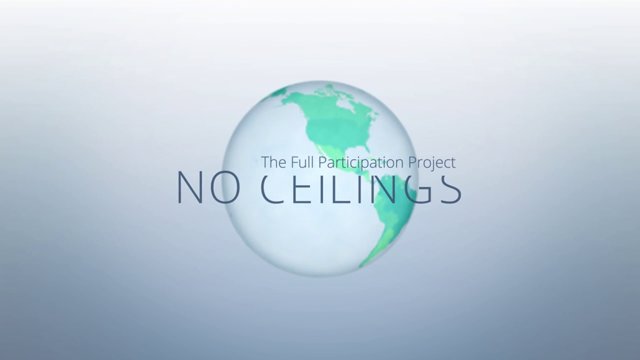 At last week’s 2014 annual meeting of the Clinton Global Initiative (held Sept. 21-24 in New York City), Hilary Clinton, former U.S. Secretary of State and U.S. Senator from New York, and Melinda Gates, co-chair and trustee, Bill & Melinda Gates Foundation, participated in the plenary session: Equality for Girls and Women: 2034 Instead of 2134? The conversation between the two women focused on issues of women’s equality and socio-cultural norms.

During the session, Gates and Clinton previewed a video from the Clinton Foundation’s No Ceilings: The Full Participation Project that notes some of the important “gains and gaps that women and girls have made over the last 20 years.” Alumni from The Herb Alpert School of Music at CalArts contributed to the video’s production: Rachel Geller (Music BFA 13) composed the music; Jaclyn Urlik (Music BFA 14) performed the harp on the piece; and Brian Saia (Music MFA 12) served as the video’s music engineer.

We’ve posted the data visualization video, above. Watch the entire CGI plenary session with Clinton and Gates, below. (The No Ceilings segment starts at 47:00, and the video presentation begins around 54:00.)

The Clinton Global Initiative (CGI) was established by President Bill Clinton in 2005 and “convenes global leaders to create and implement innovative solutions to the world’s most pressing challenges.”