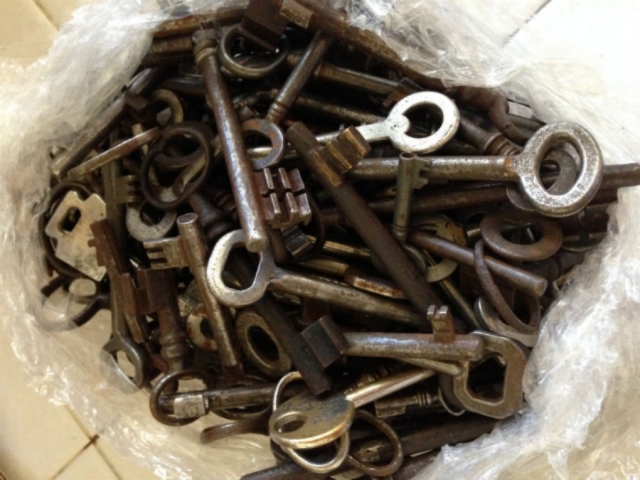 Editor‘s note: Janet Sternburg’s play The Fifth String received its first staged reading in Berlin, and then in 2012 at New York’s renowned La MaMa Theatre, produced by Loose Change Productions. On Oct. 8, The Fifth String takes its next steps toward a full production at La MaMa in 2016 with a creative development lab at REDCAT. The production team for The Fifth String has rented REDCAT for two performances on Wednesday, for a fully blocked staging that features a number of CalArtians onstage and off (see below for the full cast and production team list).

Sternburg, a writer and fine art photographer as well as former CalArts Critical Studies faculty member and wife of President Steven D. Lavine, gave us a deeper perspective about the work, in which a long-lost family manuscript sparks a journey across space and time, linking Spain’s expulsion of the Jews and Arabs to the issues of our current day. She wrote the following reflections on The Fifth String and her collaborations with several CalArts faculty and alumni on the project.

The Fifth String is a play with music about exile and migrations, and then having to find a new way to live.

As the audience enters, each person will be given a key; they won’t know what it’s for—but for this idea I drew on the old true story that when Jews and Arabs had to leave Spain, they were forbidden to take any personal belongs with them—but they did take the keys to their homes. They thought they’d be coming back—they’d been living in Spain, side by side, for 800 years.

They never went back—but they hoped. So they passed those keys on—to their family members, down through generations.

Near the end of The Fifth String, two of the characters, who have all traveled together—eight of them across time and space, from 1492 to an airplane—say to one another, ‘It will be alright. We still have the keys to our old homes.’

And then two of the younger characters come forward, saying that they hate to have to tell them this, but the old homes are no longer there and even if they are, the keys will no longer fit. But, they add, your keys are to open new doors.

For the production at REDCAT, one question has been: Where will those keys come from? Where can you buy several hundred old keys? I tracked down a website called Medieval Journey, an artists’ collective in Rumania that handcrafts artifacts—and also they sell an assortment of genuine keys from old Rumanian doors. It turns out that Anca, the person I’ve been in touch with there, is glad to know the story of how the keys will be used for The Fifth String; she said that the collective felt bad that the keys had been ‘homeless’ and now they’re glad that the keys will have another new home.

So I found a kindred spirit—as well as the keys!

One further thought: These two presentations are not CalArts events. But I’ve discovered in the several times my play has already been performed that actors who are CalArts graduates are the best ones for this play. They’re versatile, super-intelligent, full of feeling and with lots of skills. And I’m thrilled that in addition to a number of CalArts actors, we also have two distinguished faculty members in the cast, Andrea LeBlanc and Rafael Lopez-Barrantes. At the first rehearsal, they were all brilliant.

For these Los Angeles presentations, both the director Alexis Macnab and the visual designer, Kate Fry, are recent alums. I saw Alexis’ MFA graduate production of Amanda Jane Shank’s play Rabbit in the Blue, with costumes and sets by Kate, and I was knocked out. I thought then that I wanted Alexis and Kate to work on The Fifth String someday—and happily it all worked out, and it’s now!

Cast and Production Team for Janet Sternburg‘s The Fifth String at REDCAT: