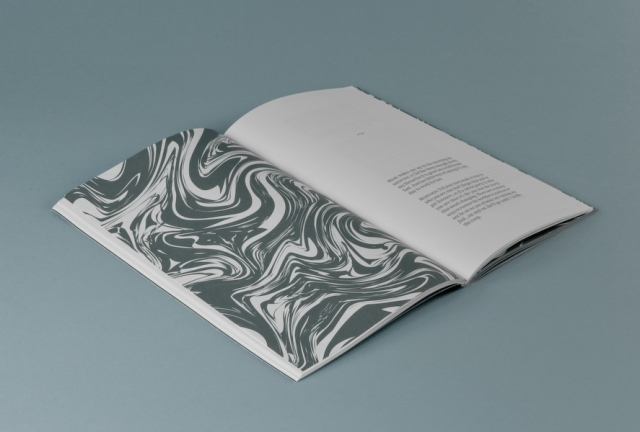 Tyler Coburn’s ‘I’m that angel,’ 2012—book and performance—will be featured in the group exhibition ‘TL;DR’ in New Zealand.

Michael Ned Holte, writer, curator and co-director of the Art Program at CalArts, has organized TL;DR—a show about internet art—at a very much brick-and-mortar space in Auckland, New Zealand.

TL;DR, which appropriates its name from the web slang “too long; didn’t read,” opens on Thursday (Oct. 9) at Artspace, New Zealand’s largest nonprofit organization dedicated to commissioning and showcasing contemporary art. Among the artists included in the show are several CalArts alumni and one current MFA candidate: Mariah Garnett (Film/Video MFA 11), one of the artists included in the Hammer Museum’s Made in L.A. 2014 biennial this past summer; artist and poet Becca Lieb (Art MFA 14) and the art collective Newspaper Reading Club, which is Fiona Connor (Art MFA 11) and Michala Paludan (Art MFA 11).

Descriptions of the CalArtians’ works from Holte and Artspace:

Mariah Garnett works in film, video, and photography. Reading spam as a new form of automatic writing, Garnett incorporates unaltered texts to consider the relationship of the physical world to the metonymic space of the internet. In her video Untitled (Eclipse), 2012, an image of a solar eclipse provides the background for a scrolling text taken from a personal ad found on Craigslist in which a professional gambler seeks to form a travelling, polyamorous poker crew — revealing an apparently sincere, if confounding utopian desire for lifestyle alternatives in contemporary reality.

Becca Lieb is an artist, poet, and a member of the collective neverhitsend, which organized in the wake of Edward Snowden’s surveillance leaks. Borrowing its title from Edgar Allan Poe, Purloined Letter, 2013, is a poem in the form of an email signature in which “69%” of the words are purportedly flagged by the United States National Security Agency for increased scrutiny. Lieb’s triptych Rachel, 2013, combines paintings that reproduce inadvertent crotch shots reflected in classified advertisements found online with columns of text culled from a seemingly endless real estate listing for an apartment in Brooklyn.

Newspaper Reading Club was established in 2010 by Fiona Connor and Michala Paludan. During site-specific performances, the duo invites guests to read a selected newspaper and narrate their private reflections regarding the given texts, images, layout, and content. For this exhibition, each reader will pick a site in Auckland to read the news while phoning Newspaper Reading Club. Each reading will be transcribed and converted into a poster that will be pasted at the site of the reading, a cyclical process enabling two-way communication with the media while simultaneously uncovering the systems through which information circulates and values become codified. Newspapers read for the work will be converted into bricks that accumulate at Artspace over the course of the exhibition.

Additional artists featured in the show are: Tyler Coburn, Devin Kenny, Jarrett Kobek and Harsh Patel. On Saturday, Oct. 11, Holte will present a talk about the works included in the show, followed by a performance by Kenny. TL;DR remains on view through Nov. 8.

An excerpt from Mariah Garnett‘s Untitled (Eclipse) on Vimeo: