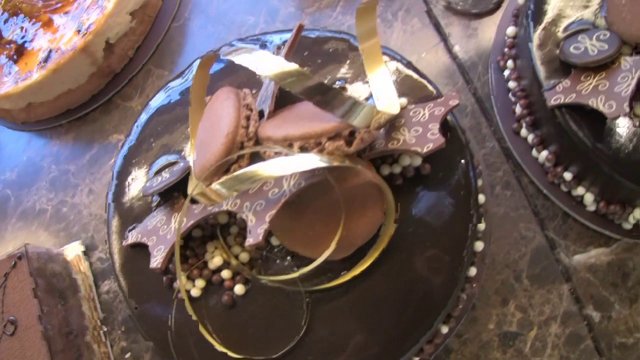 High Falls Film Festival in Rochester, New York, celebrates films created by, and for, women, in the city where first-wave feminist Susan B. Anthony fought for women’s suffrage. Along with film screenings, the event provides a forum wherein women in front of and behind the camera can discuss obstacles they face and ways to address them.

Let Them Eat Cake is a 54-minute documentary that explores the link between the art of pastry- and cake-making and wage slavery, hunger and obesity. Filmed in a dozen countries, Let Them Eat Cake contrasts farmers in developing countries that produce flour, sugar and cocoa who cannot afford pastries, with consumers of lavish cakes in cities such as Paris, Tokyo and Los Angeles.

Let Them Eat Cake takes a global view of the perils and pleasures of pastry. How can something that can make you sick and even kill you be such a sweet expression of cultural values and love? Pastry is a luxury for some, a fast substitute for meals for others, and in today’s economy, it’s a comfort food for more and more people at a loss. Let Them Eat Cake addresses the planetary emergency of too little food, while seducing the viewer with the lavish traditions and beauty of pastry- and cake-making.

The film won Special Jury Mention for Best Editing at the Sole Luna Festival in Treviso, Italy, last month and is available to view on demand through IndieReign.

High Falls Film Festival runs from Oct. 23-26. Above is a trailer for Let Them Eat Cake.