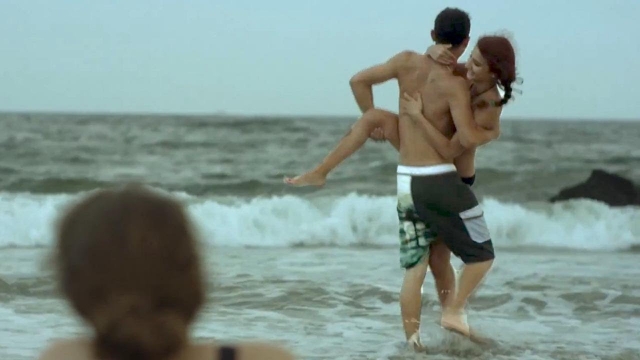 On Oct. 23, The Gotham Independent Film Awards released its list of 2014 nominees. One of the earliest awards ceremonies in the annual film awards-season, the Gothams typically foreshadow the indie titles and talent that will dominate the year.

With her debut feature film It Felt Like Love (2013), CalArts alumna director/writer Eliza Hittman (Film/Video MFA 10) is one of five filmmakers nominated for a Gotham in the Bingham Ray Breakthrough Director Award category, as Variety reported. The film joins other breakout films in the running for the award such as Justin Simien’s Dear White People and Dan Gilroy’s Nightcrawler.

The film was featured at the Sundance Film Festival, and has since received numerous screenings and accolades from critics, including The New York Times, who called it “insightful… a mood poem to summer love and sexual awakening.”

In this unflinchingly honest and refreshingly unsentimental coming-of-age story, 14-year-old Lila (Gina Piersanti, in a remarkable debut) spends a languid South Brooklyn summer playing third wheel to her promiscuous friend Chiara and Chiara’s boyfriend Patrick. Eager for her own sexual awakening, Lila gamely decides to pursue the older, thuggish Sammy, rumored to sleep with anyone. But as Lila’s overt advances unmask her inexperience and quiet desperation, she’s quickly pushed into frightening and unwelcome new territory.

The 2014 Gotham Awards ceremony is set for Dec. 1 in downtown Manhattan.