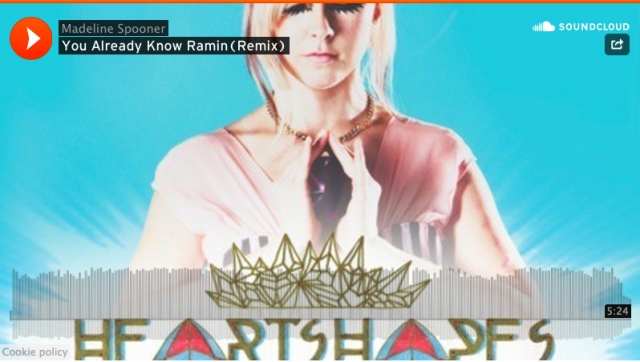 A roundup of achievements by students and faculty of The Herb Alpert School of Music at CalArts:

The International Alliance for Women in Music (IAWM) has awarded the 2014 Miriam Gideon Prize to CalArts faculty Anne LeBaron for her song cycle Breathtails for baritone voice, shakuhachi and string quartet, with a libretto by the poet Charles Bernstein. The competition recognizes the accomplishments of IAWM member composers and fosters IAWM’s goal of increasing awareness of the musical contributions of women.

“There is, in LeBaron’s music, a leaving the body and a celebration of the body, meditations on death and breath,” according to the Los Angeles Times.

Spooner won the Dance award for the Ramin Bidar remix of her song You Already Know (posted above). She also took home the Grand Prize, the highest recognition given that night.

Jermain Jackman, winner of the third season of reality TV show The Voice UK, recently signed a deal with Universal Studios to release his debut album, which he hopes to call Genesis. Among the tracks in the album will be With Me Today, written by CalArts alumnus Anthony Starble (Music BFA 10).

Below is a video of Starble performing the song at the Hotel Cafe in Hollywood.