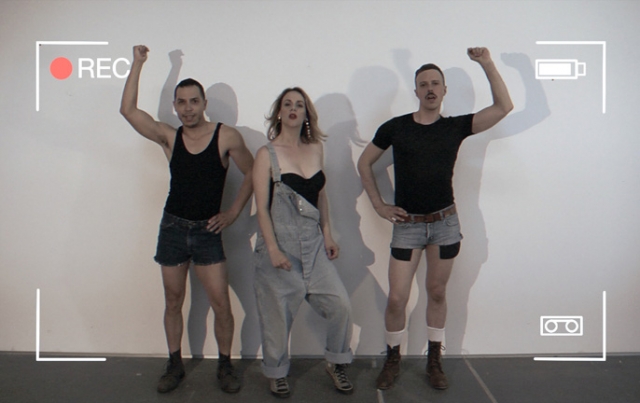 On World AIDS Day, Dec. 1, the arts organization Visual AIDS celebrates the 25th anniversary of its annual program Day With(out) Art with a special screening of commissioned short videos in more than 45 venues across the United States. In Southern California, screenings are scheduled at the Museum of Contemporary Art (MOCA) in Los Angeles, at Scripps College in Claremont and at CalArts’ Bijou Auditorium.

The shorts program, Alternate Endings, features seven short videos by artists and collectives that bring together charged moments and memories from their personal perspective amid the public history of HIV/AIDS. Among the artists showing their work are CalArts alumni Rhys Ernst (Film/Video MFA 11), Lyle Ashton Harris (Art MFA 90) and School of Theater faculty Malik Gaines (Critical Studies MFA 99), as part of the collective My Barbarian with Jade Gordon and Alexandro Segade.

Ernst’s Dear Lou Sullivan is an intergenerational exploration of gay transmasculine identity through the figure of Lou Sullivan, a trans man and AIDS activist largely responsible for establishing the distinction between gender identity and sexual orientation.

My Barbarian’s Counterpublicity is a video performance that recreates scenes from the reality TV show The Real World: San Francisco in an alienated manner. The performance is based on an essay about Pedro Zamora, a star of the show and an AIDS activist.

Above is My Barbarian’s Counterpublicity and below is Harris’ Selections from the Ektachrome Archive 1986–1996 (NSFW). See the complete screening schedule here.