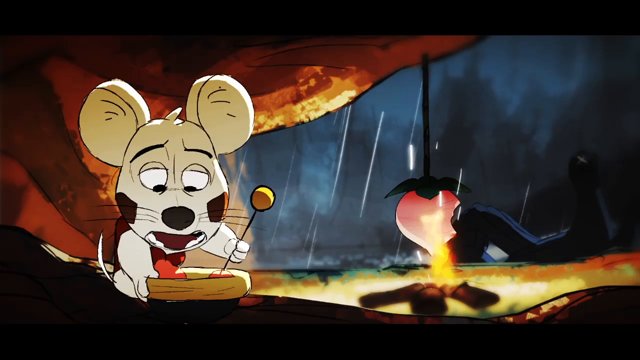 The Annie Awards, which honor the highest achievements in the animation industry, announced this year’s slate of nominees on Monday (Dec. 1)—with more than a dozen CalArts alumni and faculty making the short list.

In the Best Animated Television/Broadcast Production for a Children’s Audience category, four out of the five shows nominated were created by CalArts alumni: Adventure Time on the Cartoon Network by Pen Ward; Disney TV’s Gravity Falls by Alex Hirsch (Film/Video BFA 07); Cartoon Network’s Over the Garden Wall by alum Patrick McHale (Film/Video BFA 06) and Disney TV’s Wander Over Yonder by Craig McCracken (Film/Video 92) . (The lone nominee not developed by a CalArtian is Nickelodeon Animation Studio’s Legend of Korra by Michael Dante DiMartino and Bryan Konietzko.)

Outstanding Achievement for Character Design in an Animated Feature Production

Outstanding Achievement for Directing in an Animated Television / Broadcast Production

Outstanding Achievement for Directing in an Animated Feature Production

Outstanding Achievement for Storyboarding in an Animated Television / Broadcast Production

Now in its 42nd year, the “Annies” are awarded annually by the International Animated Film Society, ASIFA-Hollywood. The winners will be announced on Jan. 31 during the Annie Awards ceremony at UCLA’s Royce Hall.

*If we missed a nominated alumnus on the aforementioned list, please drop us a note at communications@calarts.edu.