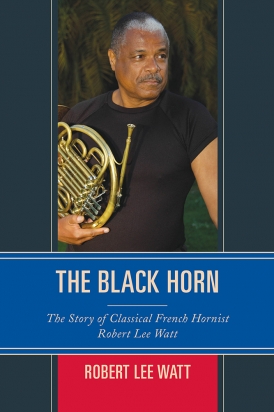 CalArts alumnus Robert Lee Watt (Music BFA 77) was the first African-American French hornist hired by a major symphony in the United States, at a time when blind auditions—auditions in which the performer plays music from behind a wall or screen—for orchestras were not the norm.

In 1970, Watt became the assistant first French horn for the Los Angeles Philharmonic and stayed with them for 37 years. He writes about his musical journey, as well as the experience of being African American in the classical music scene, in a new memoir, The Black Horn.

In an interview with NPR, Watt talks about the first time he heard the French horn. “It just really touched me,” he says. His father, a jazz trumpet player himself, did not approve of his choice of instrument, as he felt that Watt’s background and race would make a career with the French horn impossible.

Still, he persisted in learning the instrument, eventually landing a scholarship at the prestigious New England Conservatory of Music in Boston, before moving to Los Angeles and playing with the LA Phil while going to CalArts.

He also discusses with NPR about the racial tensions he faced at the symphony:

Most people were fine. They just—there were things that [were] what James Baldwin would call ignorant and innocent at the same time. … I do remember meeting a concert pianist and he says he almost fainted when he saw me sitting there. He says, “You’re so starkly black, there you were in the LA Philharmonic.”

And then there was a Chinese guy, very young, came up to me and he said, “Welcome. Bob, now that you’re here, try and get as many black people where you are.” He says, “That’s how things change.” And he became my first friend in the orchestra.

Listen to the entire NPR interview and read an excerpt from The Black Horn.