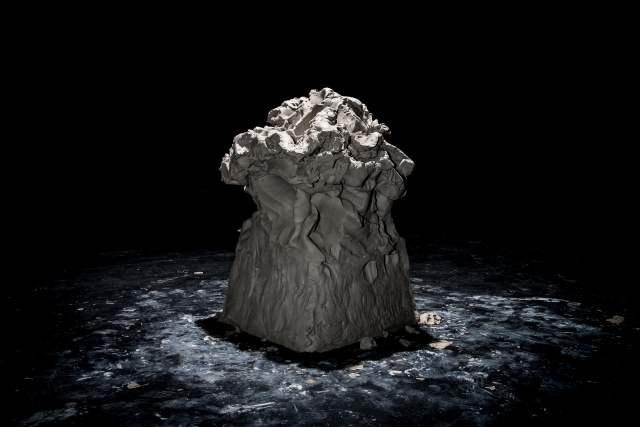 Danielle Dean (Art MFA 12) also received a 2015 Creative Capital Grant in the Visual Arts for her project Trainers, Part 2, a multi-channel video installation that builds upon Dean’s investigation into how advertising shapes subjects. Read more about the project.
—

On Jan 7, Creative Capital announced the 2015 Creative Capital Artists awardees. Forty-six artists from around the country were selected from a pool of 3,700 applicants in the categories of Moving Image and Visual Arts; each grant recipient receives a $50,000 for project funding, plus $45,000 in career-development services. Four CalArtians were among the 12 Los Angeles-based artists selected: Travis Wilkerson (Film/Video MFA 01), Heather Cassils (Art/Integrated Media MFA 02), Gala Porras-Kim (Art MFA 09) and Associate Director of the Film Directing Program Lee Anne Schmitt (Film/Video MFA 03).

Wilkerson, who recently served as Program in Aesthetics and Politics visiting faculty member, received funding for his film Blood Relations, a documentary murder mystery examining the complexities of a racially charged crime in the filmmaker’s own family history. He screened his film Los Angeles Red Squad at CalArts in 2013.

Cassils’ awarded project, The Reliance of the 20%: Monument Project, is a series of bronze monuments cast from the artist’s attacks on 2000-pound clay blocks and placed at sites where acts of violence towards gender nonconforming people have occurred. A photo of the work is posted above.

Porras-Kim received recognition for her work, The Mute Object and Ancient Stories of Today, which examines the link between an undeciphered script found on Mesoamerican artifacts and the development of a standardized dictionary for the Zapotec language in Oaxaca, Mexico.

Schmitt was awarded the grant for her nontraditional documentary, So That I May Come Back. The film is based on the case of Mary Bell, who was 11 years old when she was convicted of killing two small boys in England.

Another Los Angeles-based awardee, Anna Sew Hoy, will be a visiting instructor at the School of Art during Practicum 2015 later this month.

With the addition of these new awardees, Creative Capital has committed nearly $5 million to 82 artists from the LA area. The organization seeks out artists’ projects that are “bold, innovative and genre-stretching,” and surrounds those artists with the tools they need to realize their projects. View all 2015 awardees.