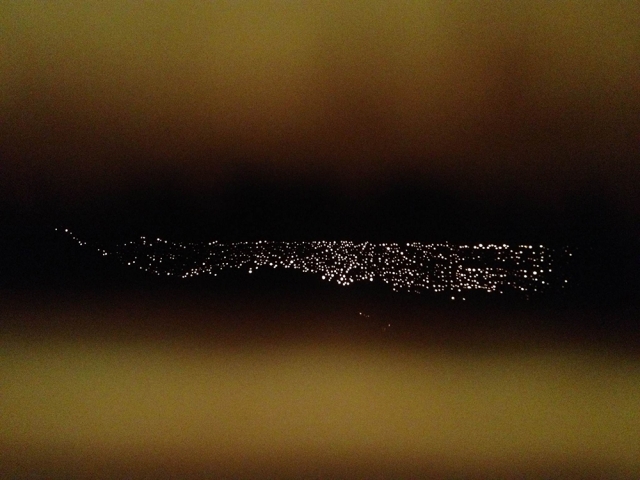 The Stamp Gallery at the University of Maryland presents a solo exhibit by artist, writer, educator and CalArts student Beatriz Cortez (Art MFA 15). The show, titled Nomad World, features works that reveal fragmentation and dislocation, mirroring the artist’s experience as an immigrant living in both Los Angeles and San Salvador.

“Being an immigrant means existing in a simultaneous way in two or more versions of modernity,” Cortez writes in an email. “It means coexisting with several temporalities and spaces at once.”

The exhibit includes five interactive art pieces, including: The Jukebox, which plays ambient sounds from both Los Angeles and San Salvador; The Time Machine, which is a light box containing images from both cities; and The Photo Booth, which allows visitors to take photos of themselves in San Salvador.

Other works are The Fortune Teller, which is a wooden box that dispenses slips of paper containing visions of the future written by immigrant communities; and The Beast, a functional pinball machine from the 1970s which Cortez repaired using more contemporary technologies such as arduinos—programmable hardware that could be made to interact with the physical world. It enacts the coexistence of two different versions of modernity, as well as refers to La Bestia (The Beast), a freight train that undocumented immigrants from Central America use to cross to the United States. The journey can take anywhere from a week to several months, and many migrants die on the way.