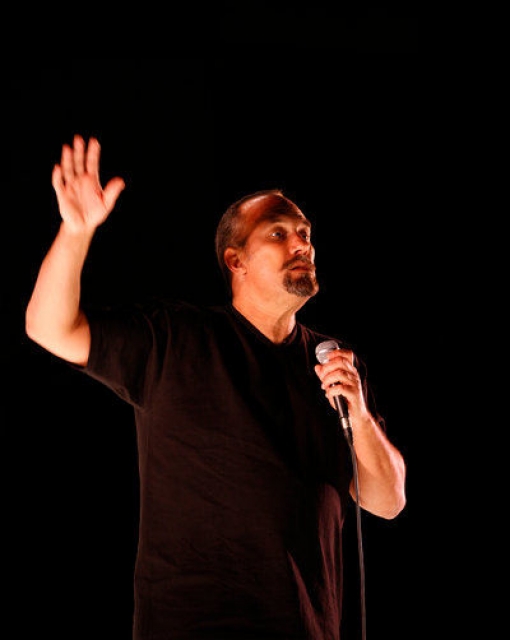 His latest work, Frederick Douglass Now, which he began as an undergraduate student at Occidental College, is a multimedia performance based on slave-turned-abolitionist Frederick Douglass’ texts, punctuated by Smith’s own words and contemporary references.

Indeed, Smith’s purposeful authorial skill is at its zenith… and his performance technique remains mesmeric. Repeated pin-drop silences alternate with chortles of laughter throughout, due in no small part to Smith’s wide dynamic range and less-is-more attack.

In his talk at CalArts, Smith will perform excerpts of his solo performances and discuss his process of transforming complex historical conflicts, characters and debates into performative texts. The presentation is being held in conjunction with the Creative Writing Program’s new Writing and Performativity concentration, which focuses on the study and implementation of performative tropes as tools of textual production.

Above is a promotional video for Frederick Douglass Now.