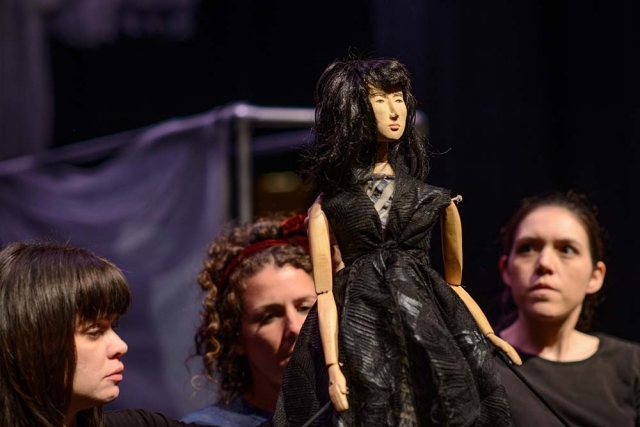 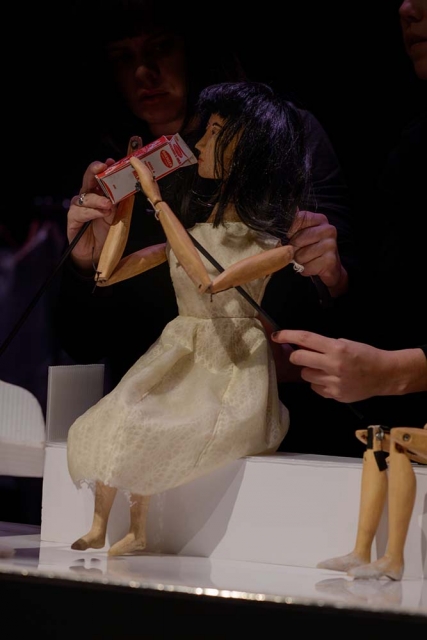 Written by former dean of the School of Theater Erik Ehn and directed and designed by Geiser, in collaboration with scenic designer and CalArts faculty Shannon Scrofano (Theater MFA 06), the multidisciplinary production merges Japanese bunraku puppetry, shadows, video, sound and text to create a 21st century response to the myth of Persephone, the Greek goddess of spring and the harvest and also the queen of the underworld.

The play centers on Cora, commuting by train to New York City, as she has done every year. Her arrival into the city has always heralded Spring, but this time, mankind’s choices have caused a disruption in the earth’s natural cycles. As she sleeps on the train, Cora can’t remember where she is coming from, and a sense of belonging and purpose evades her. The feeling of the journey is the one thing that Cora does remember.

Tungsten (artery) imagines Cora’s search for meaning as she grapples with who she is: her existential exhaustion, the endless nature of her responsibilities, her power and her sense of relentless loss. As she finds her way to her apartment, her life—lived between worlds, much like Persephone moved between the underworld and earth—begins to come into focus, as it also begins to unravel.