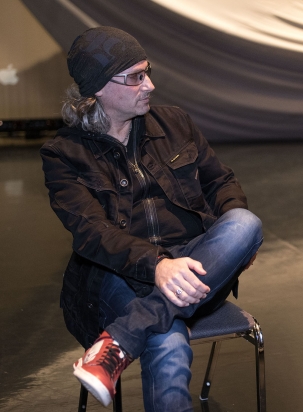 Jacques Heim (Dance MFA 91), a CalArts alumnus and artistic director of dance company Diavolo, along with its executive director Jennifer Cheng, gave a talk at CalArts on March 10 as part of The Sharon Disney Lund School of Dance’s second annual Dance Career Development Week. Both talked about their dance backgrounds, which led them to different—yet complementary—career paths.

Heim described his beginnings as a “rebel in France, getting expelled out of six schools,” before he moved to the United States and fell in love with movement and dance. When asked about his time at CalArts, he answered that it was “phenomenal.”

He founded Diavolo in 1992, with the dancers of his MFA thesis project serving as the dance company’s founding members. Heim calls the company’s brand of acrobatic fusion dance “architecture in motion,” and it involves movable structures with which dancers dance with, fall from and leap over. 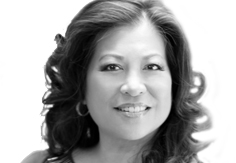 Cheng has been with Diavolo for more than a year, handing the company’s business side. Cheng studied ballet until she was 18, earning several scholarships and awards, before becoming a lawyer.

In 2011, she quit her law job and opened a dance school in Pasadena, Calif., telling the assembled students that the passion for dance never dies. She gave the dance students practical advice about the business of dance, stressing the importance of being informed and taking business classes in order to make the life of an artist easier.