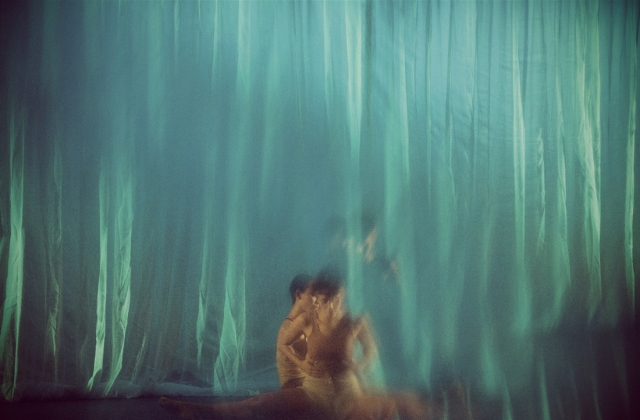 Marks, who received the Herb Alpert Award for dance in 1997, teams with Westerlund to create the work, Solar Duplex, which “captures ‘un-choreograph-able’ movements, connecting a spectrum from sexual pleasure to social dance.” Westerlund provides a percussive score. 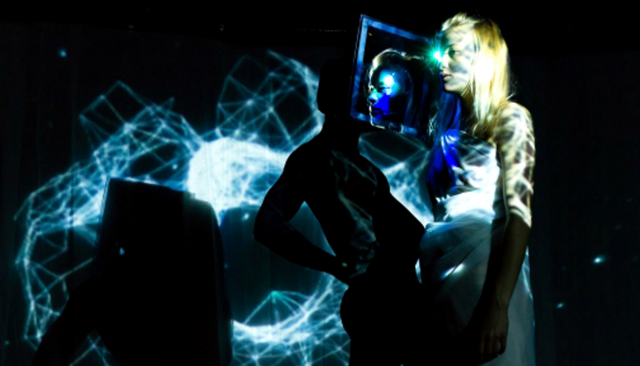 Shawn Brown, a current CalArts MFA acting student, presents his theater production, Iami: Deos, The Martyr, which he wrote and directed. The visually immersive multimedia work plays out the “complexities of martyrdom in a fantasy world, The Eversphere.”

Leddy’s latest dance-theater project, A Beautiful Game, focuses on the ritual aspects of soccer. Six performers are divided into two teams to play a choreographic game in which movement vocabulary is manipulated using soccer-themed devices such as fouls, replays and substitutions.

CalArtian dancer and choreographer Stephanie Zaletel’s f l w r 1 will be performed by her dance ensemble, Szalt. The piece “teeters on the edges of youthfulness and maturity,” exploring the floundering transitions between girlhood, womanhood and love.

Check the REDCAT site for information on how to apply for the next Studio.