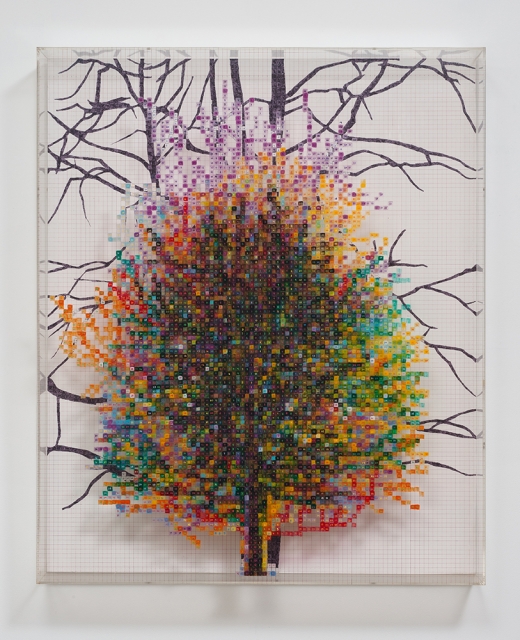 Works by several CalArtians will be included in the 56th International Art Exhibition of the Venice Biennale, which runs from May 9 through Nov. 22 in Venice, Italy. The prestigious exhibition, now in its 120th year, is curated by Nigerian art critic, writer and poet Okwui Enwezor and takes the theme “All the World’s Futures.” The international exhibition features more than 136 artists from 53 countries.

“The world before us today exhibits deep divisions and wounds, pronounced inequalities and uncertainties as to the future,” says Venice Biennale chair Paolo Baratta in a press release, explaining the year’s theme. “Despite the great progress made in knowledge and technology, we are currently negotiating an ‘age of anxiety.’ And once more, the Biennale observes the relationship between art and the development of the human, social and political world, as external forces and phenomena loom large over it. Our aim is to investigate how the tensions of the outside world act on the sensitivities and the vital and expressive energies of artists, on their desires and their inner song.”

Bonvicini’s sculptural works, paintings and installations focus on sex, power and control, with a dose of humor. Bonvicini is not new to the Biennale, as her work was included in the 48th edition of the show.

Simmons’ multimedia work interrogates notions of race, pop culture, social stereotypes and politics. He is well-known for “erasure drawings” such as Wall of Eyes, a 15-foot-long blackboard on which he drew dozens of cartoon eyes that evoke caricatures of African Americans, then partially erased them.

Nguyen and Lucero began collaborating at CalArts in 2003 and founded The Propeller Group with a third artist Phunam in Ho Chi Minh City in 2006. The Vietnam-US art collective connects Vietnamese artists with others around the world to create genre-crossing visual arts and multimedia work. One of their projects, Television Commercial for Communism, is a commissioned work that imagines a communist rebranding strategy and the TV advertisement that results from the rebranding.

Gaines, who has two concurrent exhibitions at the Hammer Museum and Art + Practice in the Los Angeles area, shows a new original master composition for the Biennale derived from his most recent body of work, Notes on Social Justice. The new work is a series of large-scale drawings of musical scores from songs, some borrowed from as early as the Civil War and others dating from the mid-20th century.