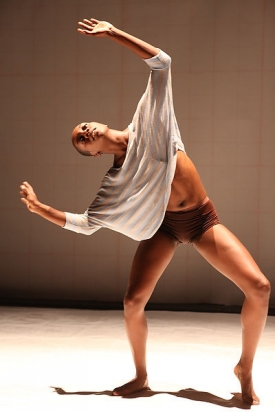 On Thursday through Sunday (April 23-26), Roy and Edna Disney/CalArts Theater (REDCAT) presents the return of Poor Dog Group’s The Murder Ballad (1938), a movement-based work that delves into the myths surrounding female madness and racialized representations of sexuality, directed by Jesse Bonnell (Theater BFA 07).

The members of the theater collective Poor Dog Group met as students at CalArts and have been performing under that name since 2008. Using critiques of history and found source material, they develop original collaborative theater that speaks to the current social and political landscape. Their newest work, Five Small Fires, about young cultists holed up in a community center in Glendale, is described by KCRW’s Anthony Byrnes as “oddly familiar and mesmerizing all at the same time.”

Below is a complete recording of Jelly Roll Morton’s Murder Ballad (NSFW).