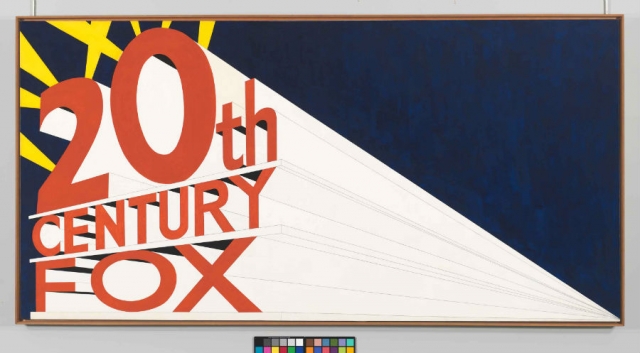 One of the works featured in the Whitney Museum’s inaugural show is Edward Ruscha’s ‘Large Trademark with Eight Spotlights,’ 1962. (Image: Courtesy of Whitney Museum, © Ed Ruscha)

The new home for Whitney Museum of American Art, designed by noted Italian architect Renzo Piano, is scheduled to open on Friday (May 1) in Manhattan’s Meatpacking district. The inaugural exhibition, America Is Hard to See, presents a chronological selection of more than 600 pieces from 400 artists from the Whitney’s permanent collection.

Already before its official public opening, the reviews and analysis for the show—and the new building—have begun. Peter Schjeldahl, New Yorker art critic, provides a little background for the exhibition:

The title of the opening show, “America Is Hard to See,” is from a Robert Frost poem of 1951, which imagines Christopher Columbus’s dismay at the look of the land that he assumed he had reached: “There had been something strangely wrong / With every coast he tried along. . . . He wasn’t off a mere degree; / His reckoning was off a sea.” The show is divided into twenty-three sections, representing epochs, sometimes brief, of prevalent ideas and styles, which visitors are invited to survey as that many disconcerting shores. The show starts enchantingly, in intimate ground-floor galleries—free to viewers, although they must pay twenty-two dollars for general admission—with exhibits from the Whitney Studio Club, which Gertrude Vanderbilt Whitney started in Greenwich Village in 1914, on a modest scale, and expanded over the years.

The rise of the Northern and Southern California avant-gardes in the fifties and sixties registers strongly; Los Angeles’s Ed Ruscha figures prominently in two of the sections, bolstering his reputation as, after Warhol, perhaps the most influential American artist of the past half century. 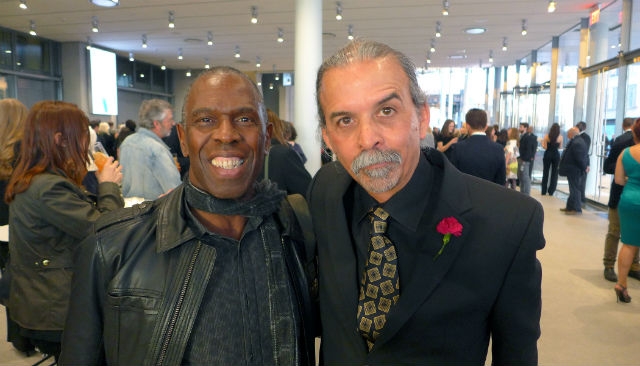 Los Angeles Times Art Critic Christopher Knight cites a striking pairing of works in his review of the show:

For me the most provocative moment comes in the juxtaposition of photographs by Cindy Sherman and the L.A. Chicano collective Asco — Harry Gamboa, Gronk Nicandro and Patssi Valdez. Both adopted a complete pop culture vocabulary to explore manufactured social identity.

Asco’s is a glam celebrity self-portrait from its mid-1970s “No Movies” series. The photographic still promotes a nonexistent film; by default, it pictures Chicano exclusion from Hollywood’s dream machine.

Sherman had just begun her own “Untitled Film Stills.” In her self-portrait photographs, she assumes the role of an actress performing cinematic clichés of femininity.

‘David Rosenboom: Propositional Music’ is at the Whitney from May 22-24. | Image: Jacqueline Humbert

In conjunction with the exhibition, the Whitney also presents a series of events in its new theater, reflecting on each of the show’s themes. The iconoclastic artists, according to the Whitney, have been selected because they created live work which “fundamentally extends our understanding of the art form(s) in which they engage, and challenges the definitions of American art as it can be presented within a museum context.”

One of the events later this month (May 22-24) is David Rosenboom: Propositional Music, a three-day series presented by ISSUE Project Room in collaboration with the Whitney that celebrates 50 years of pioneering work by Rosenboom, a composer, performer, author and dean of The Herb Alpert School of Music at CalArts.

During the series, Rosenboom will be joined by a range of performers (many of whom are also CalArts’ music faculty) including I Nyoman Wenten, Swapan Chaudhuri, Aashish Khan and Vinny Golia, as well as his son Daniel Rosenboom (Music MFA 07), among others. School of Film/Video faculty Maureen Selwood’s film, “How Much Better If Plymouth Rock Had Landed on the Pilgrims,” also screens during the Propositional Music series.

America is Hard to See