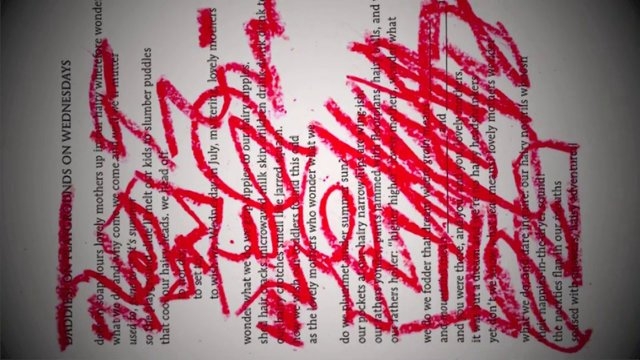 Above: Trailer for Douglas Kearney’s ‘Patter,’ nominated for a California Book Award.

The Commonwealth Club of California recently announced the finalists for the 84th Annual California Book Awards, one of the oldest literary competitions in the United States. The awards strive to recognize the state’s best writers and illuminate the wealth and diversity of California-based literature.

Patter, Kearney’s third book of poetry, engages with the topics of pregnancy, miscarriage, childbirth and fatherhood in forms both new and inherited. Overtly designed performative texts share the space of the book with more traditional flush-left poetry. All throughout are references to famous fathers in history, silent films, comic books, bar jokes, euphemisms, hip hop and nursery rhymes.

In a review of Patter on The Rumpus, Sean Singer writes:

Kearney’s word play and facility with language is, in fact, stunning: “jury rigging till taking on, you founder, warping like oaken plank in dank ocean”; “I nose the dark nursery, belly for my dick spurting ink like shit”; “I’m down / the street’s dividing line, my nose busted / with cumin, menudos, cinnamon.” There are few books of poems that wrangle with personal tragedy in as visceral and muscled a way as Patter does.

The awards ceremony for the California Books Awards will take place on June 1 at the Commonwealth Club in San Francisco.