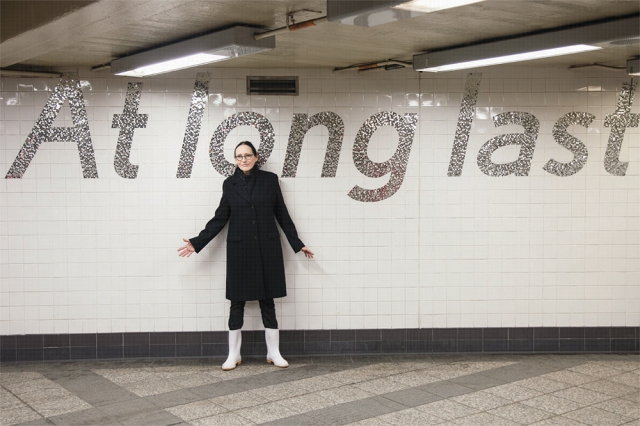 Friday (May 15) marks the culmination of years of hard work as the CalArts Class of 2015 gathers in the Graduation Courtyard for this year’s commencement ceremony.

Wilson, a 2001 MacArthur Fellow, co-founded the MJT in Culver City, Calif., in 1988. The museum’s idiosyncratic exhibits recall the private “cabinets of curiosities” that emerged in 16th-century Europe as predecessors to natural history museums. The museum has been the subject of a popular book, Mr. Wilson’s Cabinet of Wonder: Pronged Ants, Horned Humans, Mice on Toast, and Other Marvels of Jurassic Technology, by Lawrence Wechsler of The New Yorker. Below, watch Wilson give a lecture at CalArts in 2014, as part of the Paul Brach Visiting Artist Lecture Series.

De Bretteville, who now teaches at the Yale School of Art, created the first women’s design program at CalArts in 1971, playing an instrumental and decisive role in attracting CalArts’ first students to the Institute. She co-founded the Woman’s Building in Los Angeles, a space devoted to feminist art and that served as a venue for the women’s movement. Among numerous awards, de Bretteville received the AIGA Medal from the American Institute of Graphic Arts in 2004.

Graduation 2015 begins at 6 pm in the Graduation Courtyard, with a reception in the Main Gallery after the ceremony.