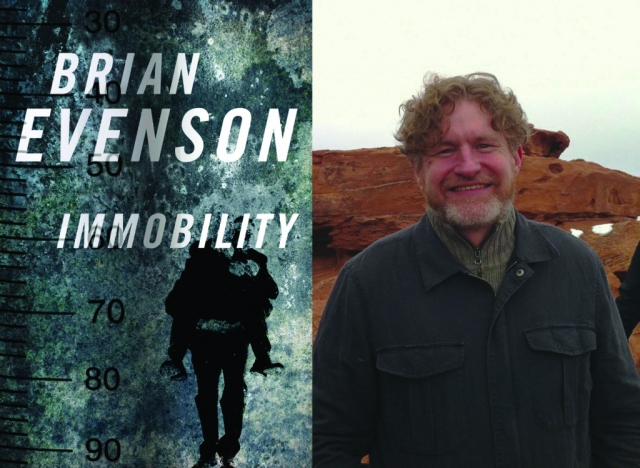 Noted writer Brian Evenson joins CalArts’ MFA Creative Writing Program faculty in January 2016. Evenson, who most recently served as the Royce Professor of Teaching Excellence in the Department of Literary Arts at Brown University, is a writer of literary and science fiction, the latter published under the nom de plume B.K. Evenson.

The recipient of numerous awards, including a Creative Writer’s Fellowship from the National Endowment for the Arts (NEA) and several O. Henry Awards, Evenson has also translated works by French writers Christian Gailly, Jean Frémon, and Jacques Jouet, among others.

NPR’s Michael Schaub writes that “Evenson’s prose is, as usual, perfect—intelligent but unpretentious,” in his review of Evenson’s postapocalyptic 2012 novel Immobility. In a review of his short story collection Windeye, released the same year, NPR’s Minna Proctor writes, “Evenson is intense. Anything goes in his work, and often it goes very badly. But his sensibility is so loose-limbed and nimble… Reading him is basically the most fun you can have contemplating your own mortality.”

Brian’s unswervingly precise and yet deeply lyrical exploration of what he identifies as ‘the types of human interaction that strike one as unreal or as appalling or as incomprehensible,’ has resulted in a remarkable body of innovative, boundary-pushing, genre-busting fiction.

We know Brian will add a vital and dynamic new voice to the MFA Creative Writing Program and the School as a whole, and we look forward to welcoming him to our campus and to our faculty in the new year.