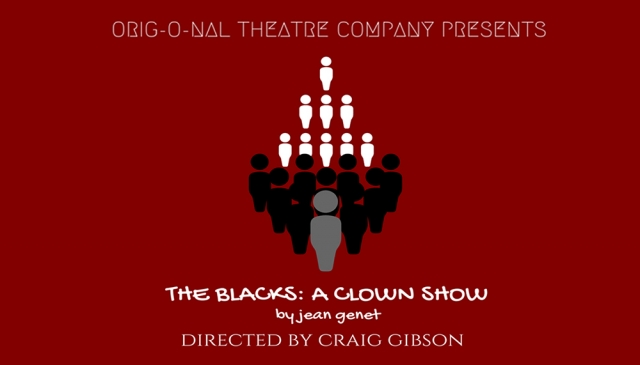 The CalArtian founded Orig-O-naL Theatre Company presents its inaugural production The Blacks: A Clown Show as part of the Hollywood Fringe Festival.

The Blacks, by French dramatist Jean Genet, is a play-within-a-play that explores racial prejudice and stereotypes while exploring black identity.

The Blacks is a lyrical, ritualistic play that centers on two groups of Black characters: one, a royal colonial court made up of such stereotypes as a Queen, Missionary, and General, who wear whiteface masks throughout; and the other, a group of unmasked “Negroes,” who represent colonized natives in an unspecified African village. The Blacks is an absurdist condensation of colonization, with a final coup staged by the Negroes, who kill the members of the court. We are remounting America’s longest running off-broadway play for the Hollywood Fringe Festival to examine and provoke critical discussion and thought about the prejudices and judgments embedded in our social constructs.

This is a play that profits from the absurdities of the 21st century’s grip on long outdated assumptions and stereotypes surrounding race, sexuality, gender, and religion by mirroring them in their entirety before its spectators. With the ever mounting tension of our social climate, we couldn’t think of a better time for this story to be re-examined.

The Blacks: A Clown Show runs weekends from June 6 through 20 at The Actors Company in West Hollywood.

The Blacks: A Clown Show