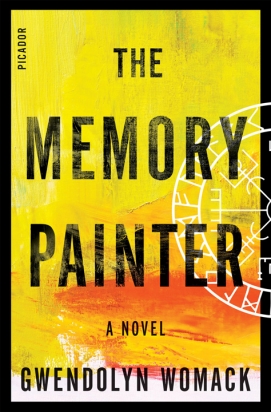 Published by Macmillan on April 28, the novel follows Bryan Pierce, a famous painter whose works are all based on his especially vivid dreams. When he meets Linz Jacobs, he soon finds out that he and Linz have known each other in several past lives. Remembering more and more about his past through his dreams, he learns that an unknown enemy has followed them through millennia.

Paste Magazine calls the novel “suspenseful and ambitious” and listed it as one of Paste’s Best New Books in April. The Memory Painter is available online, through local booksellers and on Kindle and Nook.

Above: Book trailer for Gwendolyn Womack’s The Memory Painter.