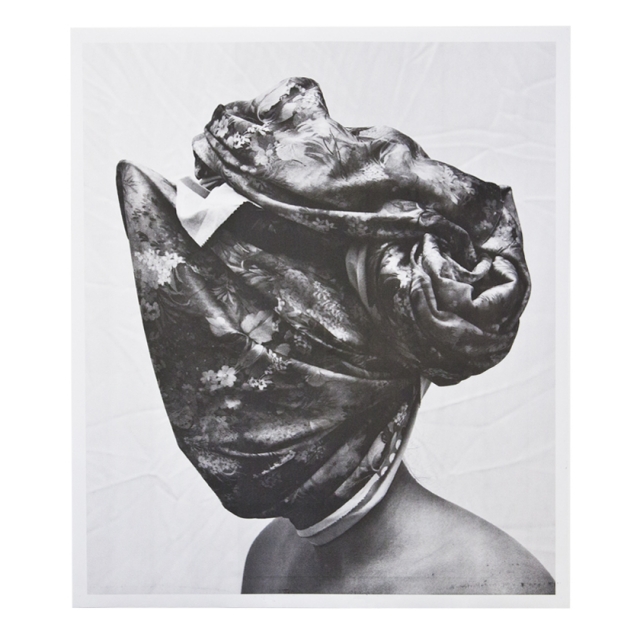 FOCUS photo l.a. is a competition that seeks to expand opportunities for emerging and mid-career photographers and artists. The winner’s work is showcased and promoted at photo l.a., the largest, longest-running fine art photography exhibit west of New York City, held each January in Los Angeles. Past winners of FOCUS photo l.a. have earned representation from international galleries and works printed in international magazines.

Surdam’s work is informed by the intersection of gender and camouflage. “I disguise the human form in an attempt to bring awareness to the anonymity of the self,” she writes in an artist’s statement. “By obscuring the face of my subjects, I aim to intrigue and frustrate the viewer, in order to draw a correlation between the history of masking, marginalization and assimilation.”

She has been part of group exhibits in numerous cities and her photographs are currently on view at Photo Basel in Switzerland from June 17-20.

Update: We have received word that another CalArts student earned an award at the competition. Nebras Hoveizavi (Art MFA 16) won 2nd prize for her photograph Trial.