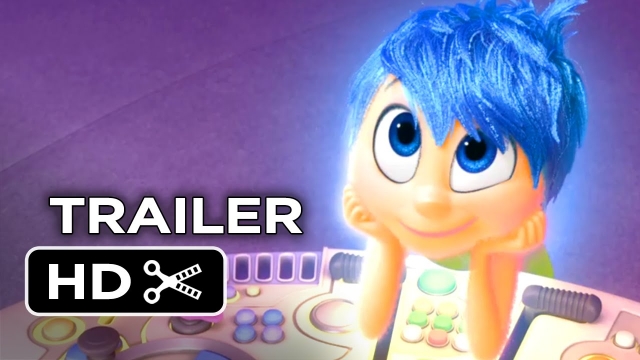 Above: Official trailer for ‘Inside Out.’

Just a little more than a week since its June 19 release, Pixar’s 15th animated feature film, Inside Out, has earned universal praise from critics and US audiences. Directed by CalArts alumnus Pete Docter (Film/Video BFA 90), the film takes place almost entirely inside the head of an 11-year-old girl named Riley, where her personified emotions keep her in balance as she navigates the challenges of fitting into a new city.

Inside Out premiered at the Cannes Film Festival this year to positive reviews and on its first weekend of theatrical release earned more than $90 million.

The film features the voices of Amy Poehler, Phyllis Smith, Bill Hader, Lewis Black and Mindy Kaling in a fantasy comedy-drama that Rolling Stone calls “a flat-out masterpiece… another landmark, an unmissable film triumph that raises the bar on what animation can do and proves that live action doesn’t have dibs on cinematic art.”

Concepts like this come around maybe once a decade, but linger for centuries, and even if others (like early-’90s TV show Herman’s Head) got there first, you’ve gotta hand it to Pixar for making it endure. At the risk of hyperbole, people will still be thinking in terms of these anthropomorphized Emotions long after movies as we know them are gone, in the distant future, when screens are obsolete and immersive stories are beamed directly into your frontal lobe.

Read more glowing reviews from The New York Times, The Los Angeles Times, Slate and Time Magazine. Inside Out is in theaters everywhere.