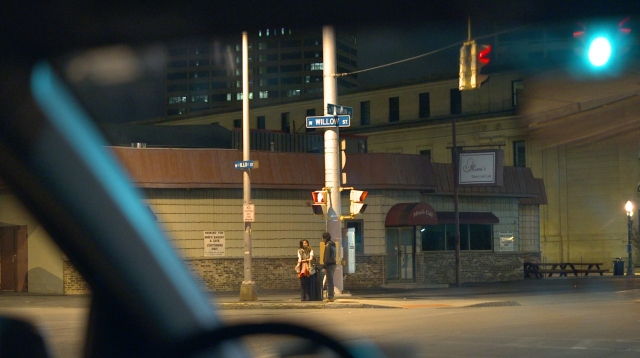 “Drama” follows a young couple whose moment of passion in the back seat of a car is interrupted by the realization that they’re out of condoms. They spot a “prostitute” standing at the corner of an intersection and debate whether to ask her for a condom.

CalArts’ School of Film/Video was well-represented at the Los Angeles Film Festival this year with several alumni films screening, including the L.A. premieres of Patrick Brice’s The Overnight and Javier Fuentes-Leon’s The Vanished Elephant, as well as several shorts.

Above: A clip from ‘Drama.’