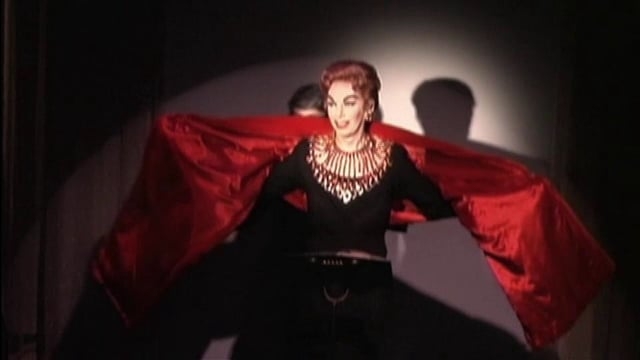 Above: Promotional video for ‘Lypsinka: The Passion of the Crawford.’

Beginning on Thursday (July 9), the 2015 Outfest Film Festival brings a diverse range of LGBTQ films to several venues throughout Los Angeles. Once again, Roy and Edna Disney/CalArts Theater (REDCAT) is among the screening venues.

The theater is the sole host of the Platinum Section, a special program that features experimental films, including Benjamin Crotty’s 16mm film Fort Buchanan, which explores the dizzying effects of boredom and sexual frustration, all in a script assembled entirely from American soap opera dialogue snippets; a portrait of trans artist and activist Flo McGarrell in Cary Cronenwett’s Peace of Mind;  and a fictionalized account of an interview of the outspoken and flamboyant African-American hustler Jason Holliday in Stephen Winter’s experimental Jason and Shirley.

Above: Trailer for ‘Field Visits for Chelsea Manning.’

Also screening at REDCAT: Lance Wakeling’s Field Visits for Chelsea Manning, a cinematic travelogue that assembles courtroom transcripts of the Army Intelligence officer’s Wikileaks trial and the effects of the prison-industrial complex on the communities and economies in which detention facilities are erected; and Brad Besser’s The Beaver Trilogy Part IV, a continuation of Trent Harris’ 1979 The Beaver Trilogy, a film that explores the thin line between glory and humiliation.

Above: Trailer for ‘The Beaver Trilogy Part IV.’

REDCAT also presents drag performer Lypsinka in her first Los Angeles show in more than a decade. Lypsinka: The Passion of the Crawford finds Lypsinka embodying Joan Crawford, lip-synching the actress as she speaks at a rare public appearance at New York City’s the Town Hall in 1973, where she gossips at length on her career and life in the spotlight.

Various other films from other Outfest programs are also screening at REDCAT. See the complete schedule here.