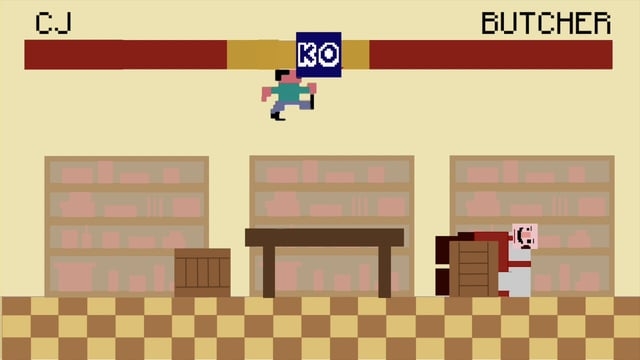 Above: ‘Supermarket Smackdown’ by Emma D’Atri.

Alejandro Vega, Miguel Vega, Isaiah Ferguson, Alex Garza, Emma D’Atri and Nick Mastroangelo are currently enrolled in the CAP Advanced High School Animation Program at the School of History and Dramatic Arts in Glassell Park. Mastroangelo has shown his animation at Comic-Con for the past four years and is the youngest person to have ever screened work at this event.