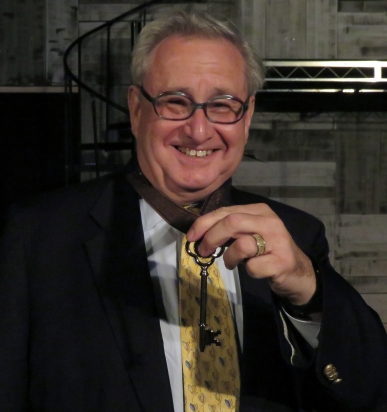 On July 10, CalArts president Steven D. Lavine was inducted into the Santa Clarita Shakespeare Festival’s Court of the Lord Chamberlain during the opening night event of the LA SummerFest at Rivendale in Santa Clarita, Calif.

This year, the Court recognized Lavine for his leadership of CalArts for the past 27 years, for his role in bringing the arts to Santa Clarita Valley and for helping keep CalArts alumni in the region, including SummerFest producer David Stears (Theater BFA 89).

LA SummerFest is a five week-long summer festival held at the Rivendale Open Space & Park site in Towsley Canyon in Santa Clarita. Now in its third year, the free festival features music and theater events, including live bands, plays and opera under the stars through Aug. 14.