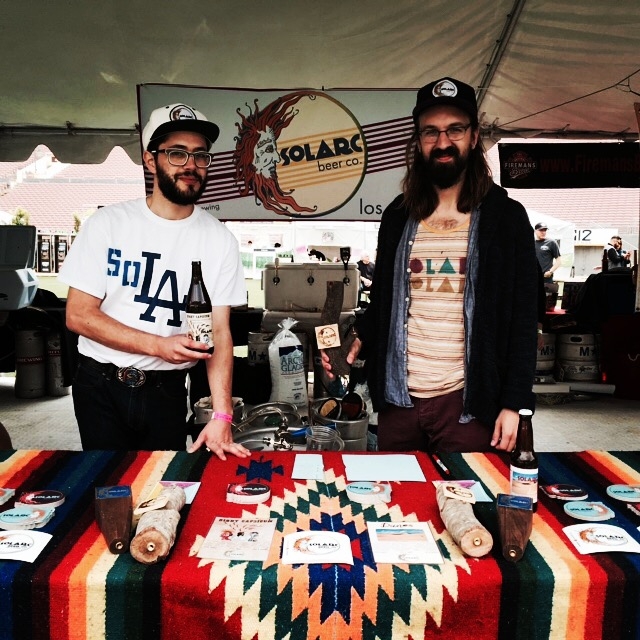 Los Angeles is in the midst of a craft beer boom and bassoonist and CalArts alumnus Archie Carey (Music MFA 11) and graphic designer and classicist Saul Alpert-Abrams have joined the party, founding SoLArc Brewing in 2014. From making small batch specialty beers in their backyard, SoLArc has expanded to breweries all over the city, with plans to open a combined brewery and art space in the near future.

24700 recently interviewed Carey over email and asked him about SoLArc and the intersection of beer and art.

24700: What made you decide to start brewing and to sell beer?

It all started one weekend, when Saul and I had the idea to make mead, an ancient honey wine often referenced in King Arthur tales and other mythical stories such as Beowulf. Our research in finding the tools and ingredients to make this mystical beverage led us to our local home brew shop in Eagle Rock, where they mostly sell beer ingredients but have a small section dedicated to wine making. We got the equipment we needed and had a really great night brewing a batch of mead while listening to Gregorian Chant and reading about traditional healing herbs. We eagerly dreamed of our next chance to get together to brew, but we soon realized that mead takes a minimum of one year to ferment well. 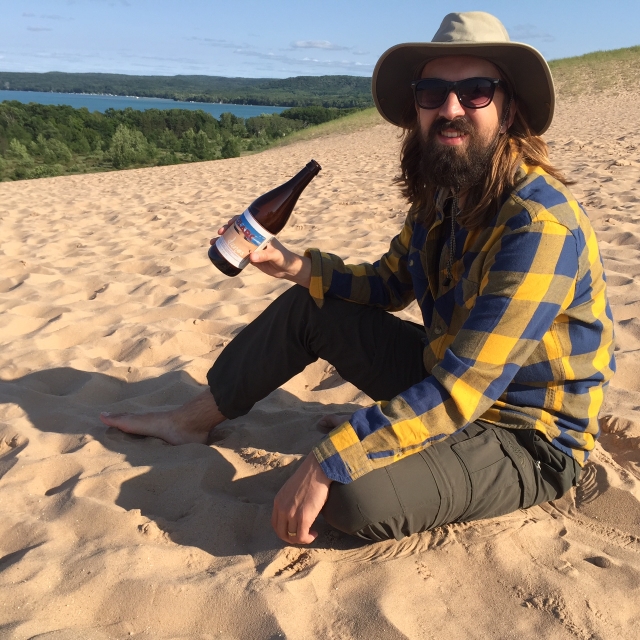 So also being craft beer fans, we decided to head back to the home brew shop the next weekend to try out brewing a beer instead, which only takes a few weeks to ferment. That beer ended up tasting really good, which naturally led to us making more.

We started selling the beer when we realized that in order to fund this obsessive hobby, we’d need to put a little money into it.

We began by hosting tasting events in our backyards, where we’ll have live experimental music while we pour pints of beer for a suggested donation. This built a social home for our beer as we introduced our creations to our friends and their friends, who seemed eager to try whatever strange brew we would come up with. We got a lot of support and encouragement from our community to make more beer and to continuously take it to the next level.

We started pouring at wild Up [a music collective counting a number of CalArtians among its members] events and art gallery openings which led to more and more opportunities. Before we knew it, we had a small business. After a lot of hard work, our beer is now available in around 30 bars and stores in Los Angeles.

24700: How has your CalArts education influenced the development of your business?

CalArts is the kind of place that has so many things to offer, it’s hard not to overload on courses on top of participating in interesting happenings on a nightly basis. Learning how to be busy with my passions and still manage my time wisely is something I definitely learned while in school.

CalArts is also the type of place that doesn’t necessarily give you a direction. It gives you a ton of options and lets you choose the path yourself, which takes a lot of drive and tenacity, which in my experience is better than just being told what to do. These things, combined with the creative problem solving skills I’ve learned while at CalArts, are some of the key ingredients to starting a business. 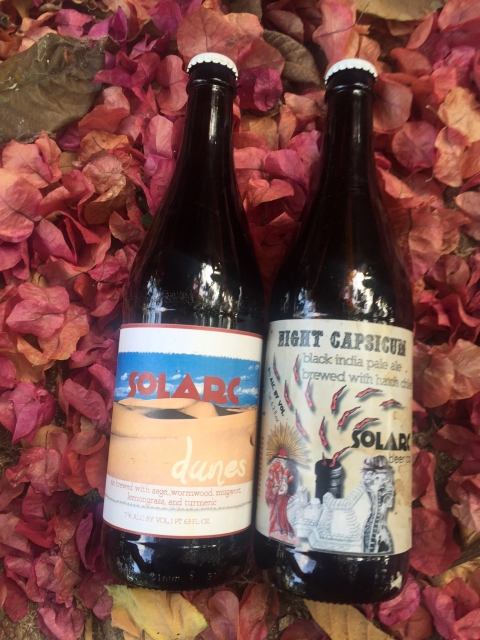 24700: You‘re creating a special brew for the upcoming contemporary and avant-garde WasteLAnd Summer Concert Series starting on July 24. Could you tell us about that and other ways that you tie your business in with the arts?

Yes, we are excited to release our beer “Waste(d)LAnd” for the concert series. One of WasteLAnd’s founders Nick Deyoe has been a big supporter of SoLArc since the very first tastings in my backyard, so when he asked us to brew a special batch for this concert series, it seemed like a match made in heaven.

We’ve always had a natural tie to the arts. Saul coming from literature and graphic design, and me coming from music, our freelance artistic lives have sort of merged with our new beer brewing lives. Our first line of beers had QR codes on the labels, and we would curate each beer with a local LA composer, so when you scanned the QR code your phone would start making rather avant-garde sounds to listen to while drinking the beer.

As we grow into our next phase of the business, we are working towards moving into a space that would be a brewery and an art space combined. Our dream is to have areas for sound installations to be paired with certain beers, as well as residency programs where artists from all over the world could create work in our space, for our space and beyond. We want SoLArc Brewing to be a place where artists can mingle with other artists as well as other beer drinking folk, to build a positive creative community in Los Angeles. 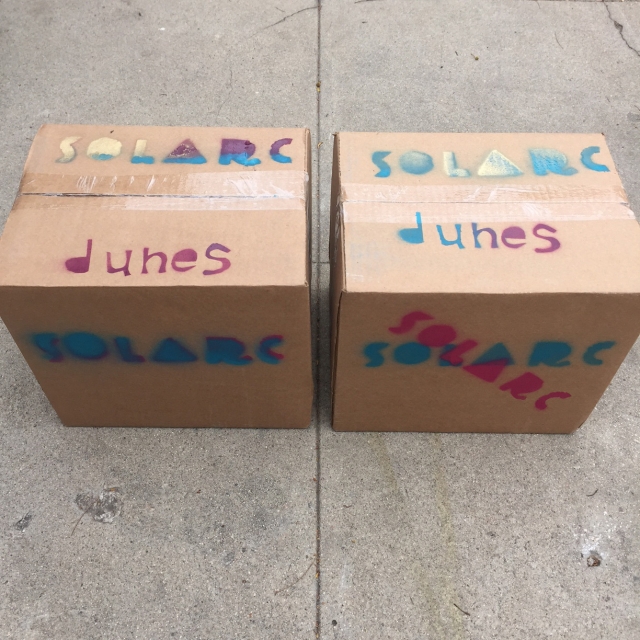 I will never forget when I joined the naked marching gamelan on graduation night. Nothing is more liberating than crashing the school’s graduation dance with a handful of friends playing Indonesian gamelan instruments, undressed in the most natural attire available.

My favorite SoLArc brew at the moment would have to be Dunes. It is a Belgian-style Gruit Ale brewed with sage, lemongrass, mugwort, wormwood and turmeric aged with a belgian golden yeast. It’s my favorite because it’s a recipe we’ve spent a lot of time working on, and I believe the end result is something even better than what we imagined. The use of the medieval healing Gruit herbs give the beer a conceptual complexity beyond just tasting great.

In the land of business, we are currently negotiating contracts with a few different distributors so our beer could be distributed in even more locations throughout Southern California.

Our goal is to start building our brewery/art space in 2016 so we’ve begun a fundraising phase, seeking investors to help jump start our dream.

Next for me, personally, is a premiere by Nicholas Deyoe of my new piece for electric guitar and sine tones called Land & City, to be paired with SoLArc beer at the WasteLAnd Summer Concert Series. Hope to see you there! 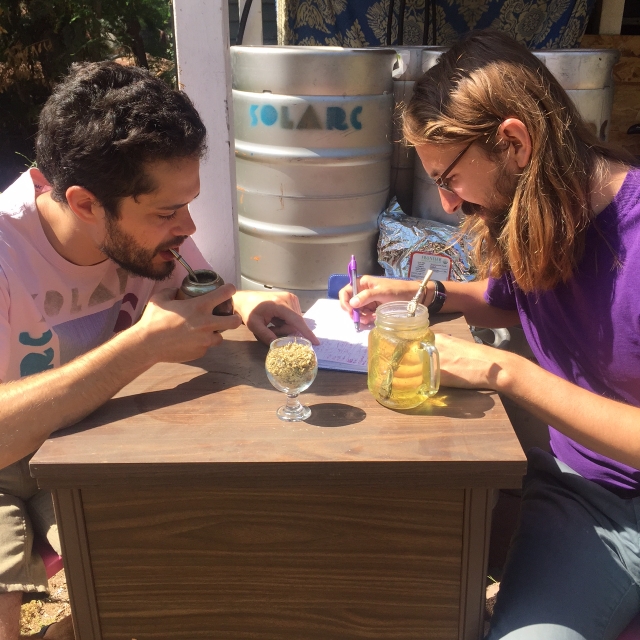 For more information on the WasteLAnd Summer Concert Series, click here. To see where SoLArc’s brews are available, check their beer finder.