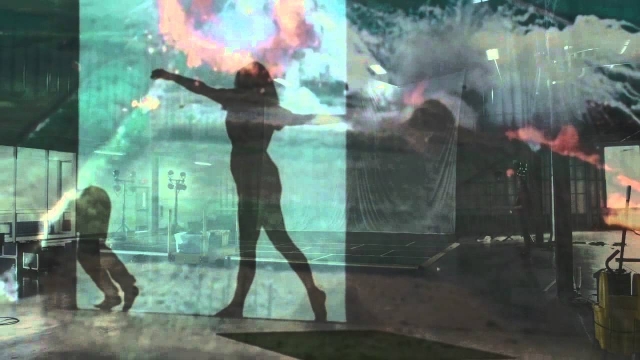 Above: Trailer for Nguyễn Nguyên and Maria Gillespie’s ‘Bloom.’

Choreographers Sheetal Ghandi and Ulka Mohanty’s In|Expiration is a response to the recent spate of violence that has caused protests in Ferguson, Mo. and Staten Island, N.Y., exploring how dance can respond to injustice. Through the blending of Kathak, Bharatanatyam and contemporary dance forms, vocal percussion and live singing accompanied by bassist Mark Gutierrez, the work investigates the imperative of breath from the Big Bang and the expansion of the universe, to the dying words of Eric Garner: “I can’t breathe.”

Inspired by Belgian singer-songwriter Jacques Brel, a major influence on performers such as David Bowie and Leonard Cohen, Crying transcends the concert form in a lush, four-song suite interpreted with a string quartet, vocals and movement. Experimental pop band Parenthetical Girls’ Jherek Bischoff and Zac Pennington team up with choreographer Steven Reker to explore the incongruities of pop personae—the performer as icon, androgyne, messiah and martyr.