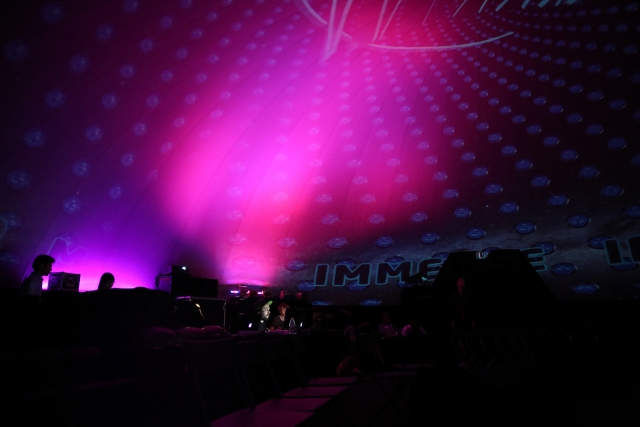 ‘A Different Kind of Sky,’ a program of films projected onto a 360-degree viewing environment created by the CalArts Immersion Group for the 2015 School of Film/Video Showcase. | Photo: Rafael Hernandez

The Hollywood Reporter recently released its annual rankings of the “Top 25 American Film Schools,” and once again, CalArts’ School of Film/Video has snagged a place near the top of the list, ranking 5th.

Of CalArts, this is what THR has to say:

You don’t have to go to USC to have James Franco as a teacher. This fall, the actor returns to CalArts’ Valencia campus for his fourth One Act to Cinematic Event, a class in which students will adapt Tennessee Williams’ The Glass Menagerie into a live multimedia performance. Of course, CalArts— founded in 1961 by Walt Disney—is most famous for producing A-list animators (John Lasseter, chief creative officer of Walt’s company, studied here). But even filmmakers who prefer live action can learn a lot at CalArts. “When I was there in the 1980s, it reminded me of the high school in Fame,” says Wolverine director James Mangold. “There was a kind of electric energy.”