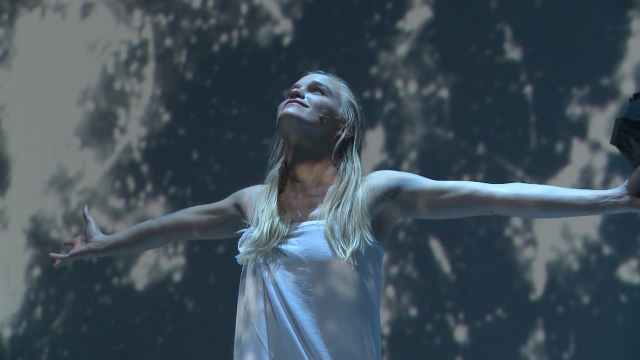 Above: Trailer for ‘IamI.’

For the 12th year, the CalArts Festival Theater returns to the Edinburgh Festival Fringe, the largest arts festival in the world. Three CalArts productions take to the Venue 13 stage in Edinburgh, Scotland from Aug. 8-31.

Written and directed by Shawn Brown (Theater MFA 16), IamI is a multimedia dreamscape that illuminates the complexities of death. The story follows Iam, an immortal being with a mirror for a face. His companions have all passed away: Aila, through drowning; Deos, sacrificed in a ritual; Feriluc Maydie and Wellesley Kelvin, through cholera. They find themselves in the Eversphere, thinking about their past lives in the light of their apparent immortality.

IamI unifies sacred themes, the animal nature of humanity, and the scientific perspectives of academia. It features an original score, astral projections and experimental animation.

Woodman, mostly known for her nude self-portraits, committed suicide when she was 22, leaving an enigmatic but powerful body of work. In Francesca, Francesca…, antique slide projectors and experimental projection techniques transform Woodman-inspired images into interactive landscapes and her most iconic photographs are rendered in 3D. The intimate stage production explores the mythology surrounding Woodman and the legacy she left behind.

Above: Trailer for ‘Francesca, Francesca….’

Through spoken word, song, dance, animation and rap, multidisciplinary artist Shaina Lynn (Theater MFA 17) tells the drowning dream of a girl named Beauty in Bayou Blues. Diving into the rich history of New Orleans, the production takes audiences on a journey exploring the waters of the bayou and the flood that washed over the city, while contemplating slavery’s damaging effects on black beauty, value and identity.

Bayou Blues is nominated for the Amnesty International Freedom of Expression Award, an award given to an outstanding human rights-themed play at the Fringe. 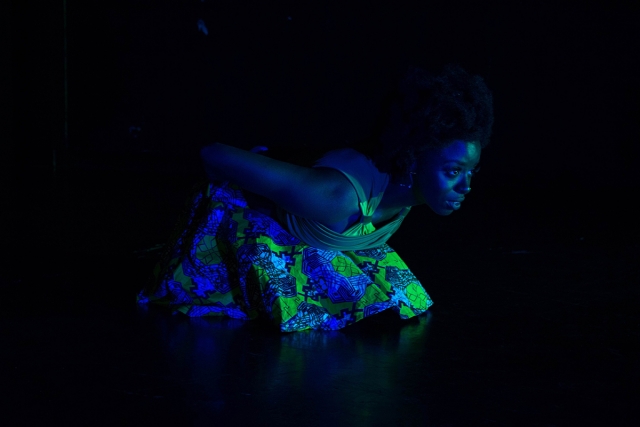